Blake Bean, Zac Hathaway, Caden Sherman and Steven Zamantakis were honored in the minutes before the game began. All four started, but Zamantakis was taken out just seconds into the game because of an injury to his ACL that he suffered mid season.

Carbon quickly led 7-1 on a floater by Cole Fossat, but Juab responded and was down just one at the end of the first quarter, 10-9. At half, the Dinos were within two of the Wasps, 21-19. 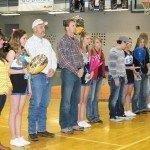 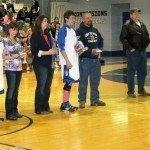 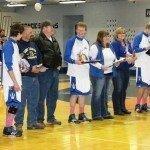 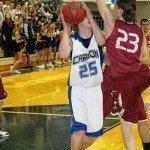 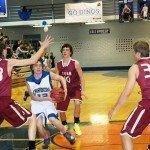 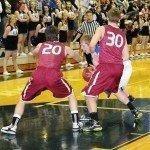 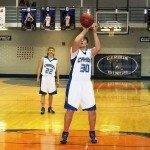 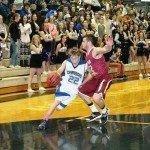 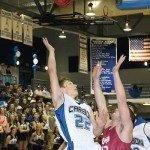