The Carbon High boys golf team is currently seeded as number one in the region standings. Although the Dinos fell to North Sanpete last week during a region match up, the team is still expected to bounce back this week as they host a home meet on Thursday.

According to Carbon head coach Tom King, the team did not play as well as they should have. “We suffered a five point loss,” he explained. “It’s a tight race right now, but we are still in the lead for region.”

Senior Andrew Kotter finished with the best score of the tournament for Carbon followed by Ryker Smith with an 84.

Freshman Tyler Moynier played in his first ever varsity match and finished with an 85. “As far as a standout player, I think Tyler did a great job and will continue to improve throughout the year,” King explained. “He played strong in his first varsity match.”

With only four returning players this year, King explained that the team is young, but very talented. “I expect that we will place quite high in the final standings this year,” he stated. “I think we even have a chance at state.”

Carbon will host a region match on Thursday beginning at 11 a.m. at the Carbon Country Club. 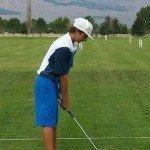 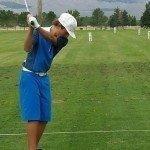 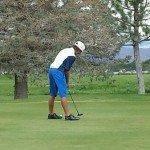 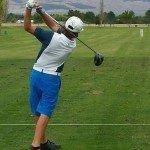