On Wednesday, over 10 teams came to Price to race at the Carbon Country Club. Braxton Ware took advantage of the home course by taking second place with a 16:23.4 time. On his heels was Emery’s Camdon Larsen (16:27.9) in third.

The Dinos had other top finishers as well with Garrett Black in seventh and Easton Humes in 11th. They were followed by Sean Stromness in 21st and Bradley Sweeney in 23rd with a total spread of less than a minute. For the Spartans, Merritt Mecarriello was the next to cross in 13th with Dillan Larsen in 20th, Mason Stewart in 33rd and Mason Hurdsman in 35th. As a team, Canyon View narrowly edged out Carbon for first 62-64. Uintah took third with an 88 while the Spartans came in fourth with a 104.

Dino Rozlyn Stowe set the pace for the girls, taking first with an 18:11.8 time. She was followed by teammates Ambree Jones in sixth, Sophie Taylor in 11th, Beverly Lancaster in 13th and Ada Bradford in 18th. Emery’s top runner, Addie Hurst, came in fifth place with Carlie Hurst in 23rd, Kallee Cook in 26th, Ryleigh Meccariello in 35th and Kylee Willis in 38th. The Lady Dinos topped the competition with a 35 while Grand (48) took second, Canyon View (84) third, Payson (111) fourth and Emery (119) fifth. Click here for full results of the boys’ and girls’ race.

The Dinos will next head up north for the prestigious Bob Firman race in Boise, Idaho, which will take place this weekend. Emery, on the other hand, will next race in Moab on Sept. 28. 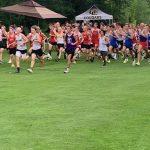 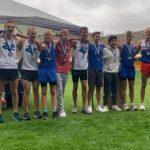 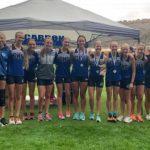 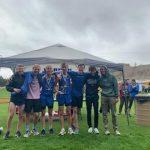 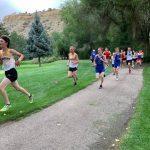 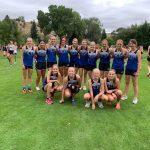 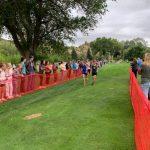 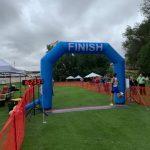