Shakespeare and open-heart surgery may seem like the beginnings of a bad joke. For six Carbon High students, however, it is the combined basis for projects with which they were able to compete at the National History Fair competition hosted June 12-16 at the University of Maryland.

The group’s performance, entitled “The Rebirth of Literature: Shakespeare’s Encounter, Exploration, and Exchange of Ideas” was awarded first-place at the state competition and was also enough to catch the eye of the Utah Shakespeare festival, at which the students will be performing in mid-July.

Britlie Sharp also represented Carbon County with her documentary “Exploration of Heart Surgery in Utah,” which landed the Dino a second place finish at the state competition held in April.

While at the competition, which featured the hard work of historians from across the nation, Carbon County was well represented. Each project was placed randomly into groups of ten projects of a similar medium to be judged. Going up against other performances, Clifford, Pierce, Snow, Atwood and Kourianos managed to capture a third-place ranking in their group.

For Carbon High teacher Chris Sweeney, who accompanied the students and helped prepare them for the fair, the benefits of the trip are two-fold.

“The process is such a great tool for them to learn to prepare them for college,” Sweeney said in praise of the research his students have performed.

Besides time spent in the library, Sweeney also mentioned how the trip affords students to expand their knowledge of several other items outside of research, depending on how a student decides to exhibit their findings.

“It’s a great avenue to get these kids to our nation’s capital,” Sweeney explained in regards to another climax of the program for him. “It’s just a highlight to see them smile and see them brighten up when they see something they’ve only seen on TV.” 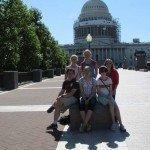 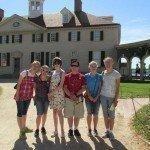 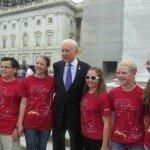 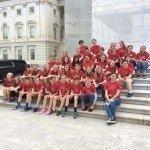 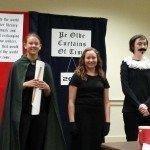 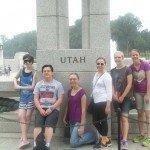 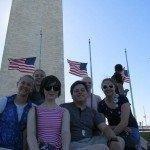