The girls’ team finished in first, highlighted by a broken school record by Sarah Ohlwiler, while the boys finished in third. Emery snagged sixth and Pinnacle last of the 12 teams that participated.

Ohlwiler led the Dinos with first place finishes in the 100 meters and 100 hurdles. She then smashed Rachelle Jewkes’ 26-year-old long jump record with an 18’1.75” jump to win the event on Friday. Jewkes held the record since 1990 when she leaped 17’8”. Ohlwiler also finished fourth in the high jump.

Carbon’s boys’ and girls’ 4×100 teams placed first as did Gabe Van Dyke in the 300 hurdles, Jordyn Oman in the 200 meters, Peyton Fausett in the shot put and Sara Morley in discus.

Emery’s Patyn Jeffs secured the team’s only first place finish with a top mark in the high jump. The team had five second place finishes.

Other top five finishes from the meet:

All three teams will take part in the BYU Invitational this weekend in Provo. 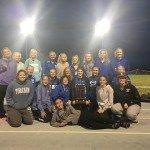 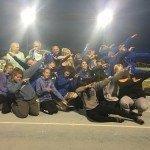 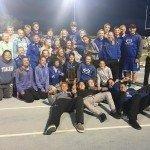 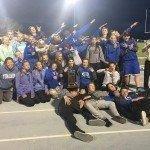 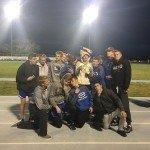