Thursday evening, Emery County Historical Society members listened as local historian and explorer Wade Allinson and Tom McCourt, a native of Wellington and famous author and lecturer, talked about the Elk Mountain Mission and the Old Spanish Trail of 1854-1855.

With years of research, Tom and Wade have combined their writing talents to publish a book titled “The Elk Mountain Mission: A History of Moab, Mormons and The Old Spanish Trail 1854-1855.” The book has firsthand accounts, including journals with daily travel descriptions and mileage,

The Elk Mountain Mission began in 1854 when Brigham Young sent a group of 12 men to look for a suitable location for a settlement and to establish trade with the Navajo Indians on the Old Spanish Trail in Moab, which was called the Spanish Valley during that time. In 1855, 41 men were called to serve a mission to serve the Ute Indians in Spanish Valley. They were asked to return to the valley and establish a permanent settlement there. Conflicts with the local Ute Indians wiped out the settlement.

The demise of the Elk Mountain Mission marked one of the rare failures for a Mormon settlement during the church’s widespread colonization of the West under President Brigham Young.

The book is currently being edited and Allinson and McCourt are very excited about it. Watch for the book to come out later this year. 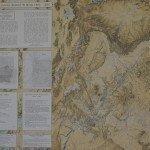 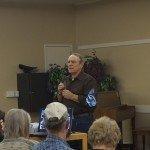 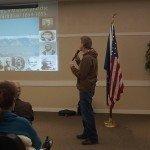