The Carbon School District Board of Education is working with the district’s administration to refinance a bond that was issued in 2006 so that the district could save up to approximately $250,000 in interest payments over the next four years.

“The current rate on the bond is 4.1 percent,” said the district’s Business Manager Darin Lancaster. “However we could refinance it for the next four years at around 1.5 percent.”

Lancaster says the principal amount still owed on the bond is $3,650,000 if it were paid off today.  However, making the payments over the remaining life of the bond (until 2021), the total amount that would be paid would be $4,110,000 with the current interest rate.

The district currently pays one payment per year on the debt and the payment would remain the same until the year the bond retires (2021) and then that final payment would show the savings.

But refinancing a bond is not like refinancing a house. With the rules  and regulations the way they are, and the fact that the school district is a government entity, it will take some time to do.

“This is the last remaining bond we have out there,” said Lancaster.

Working with a bond attorney, Lancaster is getting a resolution ready for the board to adopt at the December 14 meeting of the body, which will also be their last meeting of the year. When a bond is refinanced that means it has to “go out for sale” again and Lancaster said with a resolution approval in December that would mean it would be available in January.

“Everything in terms of savings at this point is speculative,” said Lancaster. “Once the bond goes out for sale and we find a buyer then we will know the exact rate.”

In actuality, this bond goes back to 2001 but was refinanced in 2006 at which time the district saved about $220,000 in interest with a resale at that time.

“Interest rates have continued to decline over the years,” said Lancaster. “The rates in 2001 were higher than in 2006 and in 2016 they are even lower.”

No one who is currently on the board was in office at that time, and Lancaster did not start as business administrator in the district until a year after the 2006 refinance. 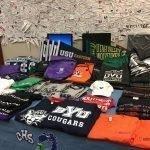 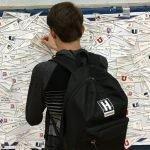 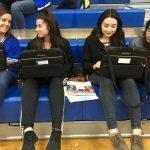