Dixie State University awarded $40,000 in scholarships to the recently-selected cast of their premier song and dance recruiting team, Raging Red, for the 2019-20 school year.

Charged with spreading the Dixie Spirit, Raging Red inspires audiences through authentic and innovative performances. “I am so grateful for the incredible outpouring of support for our team from Dixie State, our administration and this community,” Raging Red Director Geoff Reynolds shared. “We have so much talent on this team and I cannot wait for us to share, through music, all that it means to be a Trailblazer.”

Selected after an extensive audition process, these student performers will represent DSU at engagements on campus, throughout the community and even at a global level as they assist the university in recruiting efforts. The scholarships awarded will aid these students in reaching their goals both academically and as a team.

Raging Red began in 2009 under the direction of Merrilee Webb. During her tenure, Raging Red recruited throughout Utah and the Western United States. Performance tours also took them to China, Japan, New York City and Hawaii. Subsequently, during a one-semester sting as Interim Director, DSU Dean of Students Del Beatty led the team as they traveled more than 10,000 miles, performing for over 15,000 people in Central Utah, Southern Utah and Costa Rica as well as being a featured performance team at the Clark County Fair in Logandale, Nevada. As their new director Geoff Reynolds takes the reigns, he is excited about creating art that matters, that inspires, uplifts and tells the human experience.

To learn more about Raging Red or to inquire about booking them for an event, visit ragingred.dixie.edu. 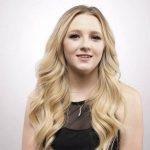 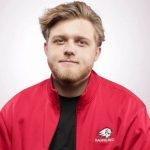