A dog that was found west of Green River on I-70 near mile marker 152 has earned the name “Lucky” after unfortunate circumstances that took place before being found and rescued on Sunday.

According to a GoFundMe account that was set up for Lucky, he did not appear to be dehydrated or malnourished when he was found along the interstate. Instead, the abandoned dog sustained multiple injuries that may indicate that he was dragged from a vehicle for unknown reasons.

The tops of Lucky’s back paws were scrapped to the point where he couldn’t walk on them. According to the fundraiser account, there were also some spots where bone was exposed. Other injuries include several scrapes on his head, snout and front paws.

So far, there are no signs of internal bleeding or broken bones. However, his back nails are gone and may have to have two of his toes amputated.

The GoFundMe account states that Lucky is doing well after the incident and has started taking multiple high doses of antibiotics to help ward off possible infection. Lucky should recover with minimal handicaps if the wounds stay clean and if he can fight through the coming days without any complications.

Rescuers are working closely with the Green River Animal Control and the Moab Humane Society to organize a fundraiser, according to the GoFundMe account.

Individuals can donate to help Lucky’s medical expenses by donating to the “Lucky Fund” on GoFundMe by clicking here. If donations happen to exceed the medical costs, the rest of the money will be donated to help cover any emergency costs for stray animals that are hurt or for any abandoned animals that are found on the interstate. 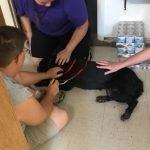 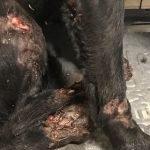 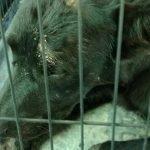 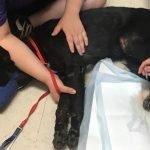