On Tuesday afternoon, local law enforcement was dispatched to mile marker 233 in Helper on Highway 6 to respond to a rollover accident.

While it is currently unknown how the vehicle rolled off of the highway, it landed against a tree on the bank of the Price River. Due to being entangled in the tree, the driver was unable to exit the vehicle.

Reportedly, injuries were not sustained due to the accident. Traffic was not impaired as first responders worked to resolve the issue. Hazmat crews were initially dispatched to the accident site due to possible oil leaking into the river, but were later deemed unnecessary. 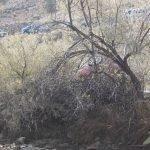 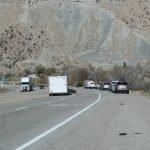 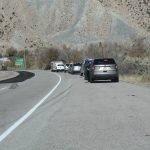 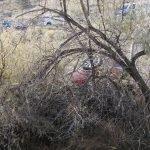