Just before 11:00 a.m., Price City officers Susan Hyde and Brian Judd were called to a local Price motel to investigate a report of a man and woman arguing in one of the guest rooms. Upon arrival, the officers discovered Jessica Tawn Jarvis, DOB 11-28-79, of Carbon County, and Jason Jered Jaimez , DOB 10-13-76, of Helper, had been having a verbal argument that caused annoyance to other motel guests.

Carbon County Deputy Marcus Bott arrived on scene to assist. He was aware that Helper Police had an interest in Jaimez for one of their investigations. Bott contacted Chief Trent Anderson and Anderson requested that Jaimez be taken into custody relative to their case.

Bott took Jaimez into custody and allegedly located drug paraphernalia on Jaimez’s person. Subsequent investigation by Hyde resulted in the discovery of more paraphernalia and methamphetamine in close proximity to Jarvis. Jaimez allegedly acknowledged responsibility for the discovered items. The room was in Jarvis’ name. This location is within a drug free zone. A little over 10 grams of methamphetamine was seized.

The Carbon County Attorney’s Office will screen the bookings and determine the appropriate formal charges.

Upon his booking, Price City Detective Chris Pugliese interviewed Jaimez related to a drug overdose death of a Price man that occurred on 12-23-13. Jaimez allegedly admitted he was the person who dealt the heroin that the man overdosed on. Detective Pugliese also booked Jaimez into the Carbon County Jail separately on charges related to that case. Jaimez was booked and charged with distribution of a controlled substance (heroin), 58-37-8(1), as a first degree felony, and for manslaughter, 76-5-205, as a second degree felony.

The Carbon County Attorney’s Office will screen the bookings and determine the appropriate formal charges. 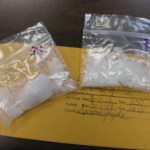 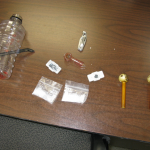 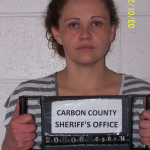