On Monday at approximately 12 p.m., Price City Police Officer Jon Bowen responded to the Super 8 Motel in Price at the request of motel management to conduct a welfare check. The registered guests at the honeymoon suite were past checkout time and were unresponsive to contact by motel management.

Officer Bowen knocked at the door, made verbal contact through the door with a female occupant and announced himself as a police officer. After several minutes the female opened the door just enough to allow herself out of the room. Officer Bowen was able to observe the room was in complete disarray. The woman identified herself as Rebecca Jimenez, 36, of Salt Lake City, the registered occupant.

Jimenez allegedly identified a male occupant in the room as being “Jeremy.” The checkout time issue was discussed. Officers entered the room with Jimenez and allegedly discovered numerous suspicious items consistent with a sophisticated forgery operation, in plain view, along with “Jeremy.”

“Jeremy” was allegedly non-responsive to officers, but then provided what would later be discovered was a false name and other identification information. Bowen ultimately discovered that “Jeremy” is actually Joshua Call, 33, of Salt Lake City (with former ties to Helper). Call had an active $25,000 warrant out of Third District Court for possession of a dangerous weapon.

Call was immediately arrested for the warrant and for giving false personal information to a police officer. Jimenez was detained and taken to the police department for questioning. Officers searched the room and allegedly located drug items, drug paraphernalia, stolen and forged checks, a 9 mm handgun stolen from West Valley and numerous electronic items used to conduct forgery operations.

A search warrant was obtained to critically examine seized items. Among the hundreds of items seized, officers allegedly located 4.5 grams of methamphetamine, 1.4 grams of cocaine, numerous paraphernalia items, the electronic forgery items, the stolen handgun, substantial amounts of stolen mail (some local and some from out of the area), stolen and forged checks, stolen credit cards, dozens of quality forged Utah driver licenses all with Call’s photo but various names and numbers (some legitimate, some made up), and numerous stolen social security cards.

Evidence is still being processed. Detective Roger Taylor from the Carbon County Sheriff’s Office is presently assisting officer Bowen in reaching out to local victims. Other departments throughout the state are being contacted to cooperate in the investigation, and the United States Attorney General’s office will be contacted for potential assistance in prosecution efforts in cooperation with the Carbon County Attorney’s Office.

The Price City Police Department encourages members of the public who believe they have been potential victims of recent mail theft, forgery or identity theft to contact their local law enforcement jurisdiction and reference case number 20141208 from Price City.

Both Call and Jimenez were booked into the Carbon County Jail for possession of a controlled substance, possession of drug paraphernalia, possession of forgery equipment, possession of another person’s ID and theft of a stolen firearm. Call was also booked on his warrant and charged with giving false personal information to a police officer. Jimenez may also have a statewide warrant out of West Jordan. 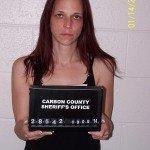 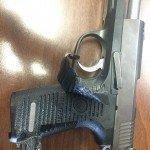 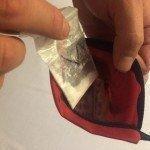 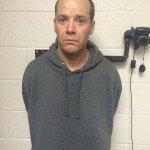 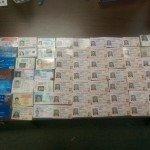