On Wednesday, May 4, 2016, Price City Patrol Officers began receiving reports of stolen batteries from camp trailers. Additional reports came in on the 5th. Targeted neighborhoods were mainly in northeast Price, and some in south neighborhoods. Most of the targeted campers were parked in alleyways.

Officer Cameron Sartori located over a dozen stolen batteries at a local recycling business and developed leads identifying suspects in the thefts.

On Friday afternoon, May 5th, 2016 Price City investigators, Sgt. Brandon Sicilia and Detective Chris Pugliese located and interviewed unidentified male suspect. Subsequently two other suspects were located and interviewed. All had been given their Miranda warnings and to varying degrees cooperated with investigators. One male suspect allegedly indicated the motive for the thefts was to get cash to purchase heroin. Two of the suspects allegedly explained their planning and methods for the criminal episode to the investigators.

Ultimately, Chase Mitchell Kyriss, DOB 9/26/91 of Price was booked into the Carbon County Jail on Vehicle Burglary (campers are considered to be vehicles) 76-6- 204, a Class A misdemeanor, Possession of Stolen Property 76-6- 408 as a 3 rd degree felony (based on the value of the batteries), and Conspiracy 76-4- 201 as a Class B misdemeanor. Mr. Kyriss has one previous arrest and conviction for Aggravated Burglary and is currently on probation with Adult Probation and Parole.

The unidentified 22 year old male from Helper, was not booked into jail at this time, but will be referred to the Carbon County Attorney’s Office for review of the same charges as Mr. Kyriss. The unidentified male has no previous criminal history.

Sesceli Dawn Tucker, AKA Willson, DOB 6/8/94 from Huntington, was booked into the jail on the same charges as Mr. Kyriss, as well as an additional charge of Possession of Drug Paraphernalia, 58-37a- 5 as a Class B misdemeanor. Ms. Tucker has 3 previous arrests on her history including assault, child abuse, child kidnapping, drug offenses, and obstruction of justice.

Besides batteries, the suspects allegedly stole a chainsaw and a radiator. Price investigators suspect numerous victims do not even know they have been stolen from.

If you believe you have been a targeted victim of this episode, please contact the Price City Police Department at 636-3190 to speak with an officer or investigator. 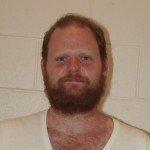 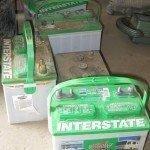 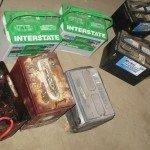 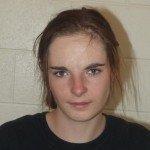