With an ETV10news.com camera rolling, the Utah Division of Wildlife Services and Head Biologist Brad Crompton located a bear den Saturday and found two cubs with its mother.

Crompton, with about 20 others, set out early Saturday morning on a three-hour hike to locate the bear den near Dugout Canyon Mine. Once Crompton was within a quarter of mile of the den, a radio transmitter was used to locate the remote signal located around the bear’s neck.

“Once we get about 100 yards away, I am going to ask you to be quiet so we don’t disturbe the bear,” Crompton said to those in the group. “We don’t want it to get scared and run away before we get the chance to work on the remote.”

Crompton went in the den with aВ tranquilizer and subdued the bear to work on the remote. Once the tranquilizer had taken effect, the Biologists found what they had suspected the mother had with her – cubs.

While the bear was unconscious, Crompton was able to fix the batteries on the remote and run tests. He noticed a sore on the bear’s neck where it had been scratching at the remote. He rubbed antibiotic cream on the sore then gave the bear penicillin to help the wound heal quicker.

About a year ago the DWR presented a news article explaining the reasons for denning.

“The reason we do bear denning is because they are a very difficult animal to observe,” Conservation Outreach Manager Brent Stettler said. “We trap them and affix radio collars for several reasons. Radios help us learn where they go, how far they move, what foods they eat, the habitat they associate with, how long they live, what the causes of mortality are, how many cubs they give birth to, etc.”

Stettler went on to describe how important the radio collars are in the study.

“These radio-telemetry studies, when applied statewide, help us determine general trends in the statewide population and general data concerning all of the elements mentioned in the previous paragraph,” he said.

Having completed his work, Crompton and the group made the three-hour hike back to their vehicles.

The Division’s black bear management goal is to manage Utah black bear populations consistent with habitat, biological and social constraints and to meet the needs of the resource and the resource user.

The mission of the Division of Wildlife Resources is to serve the people of Utah as trustee and guardian of the state’s wildlife, and to ensure its future and values through management, protection, conservation and education.

You can watch exclusive footage of the bear denning expedition Wednesday on ETV Channel 10. The channel is only found on Emery Telcom’s cable service and will start at 6 p.m. 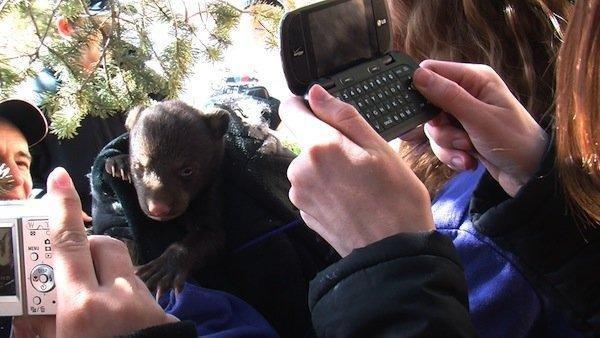 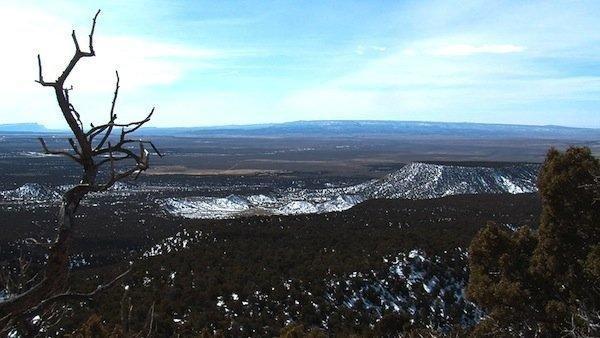