A special agenda item was presented during the regularly scheduled Helper City Council meeting on Thursday. This item pertained to Mayor Lenise Peterman’s recognition of E. Clampus Vitus for Sub for Santa. Beginning her presentation, Mayor Peterman stated that the council started the year with some acts of appreciation and wanted to end the year in the same format.

Mayor Peterman requested that the Clampers join the council that evening to recognize their volunteer efforts in supporting families during the holidays with the Sub for Santa program. She continued by stating that the city greatly appreciates the efforts in providing for families in need at such an important time and being such an integral part of the community.

Furthering her sentiments, Mayor Peterman expressed her deep appreciation for what the Clampers do with the program as well as throughout the year with various other initiatives. A representative of the Clampers stated that this is the biggest year they have ever had and they are projected to provide for 130 children more this holiday season.

The city was recognized by the Clampers as being a large source of support with the yearly Arts Festival, use of the Rio Theater during their Scrooge performance and the like. The Clampers were then presented with a plaque to commemorate the recognition.

“You certainly are due for the recognition and a note of appreciation for everything you do for Helper,” Mayor Peterman concluded. 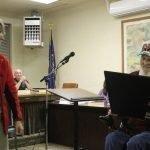 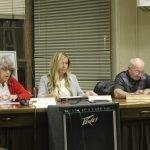 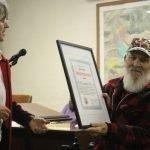