Parker Humes, a senior at Carbon High School and long-time soccer enthusiast, visited Carbon County Commissioners during their regularly scheduled meeting on Wednesday evening to request approval on his idea for an Eagle Scout project. The full extent of the request is a four-phase construction project to erect a veteran’s memorial at the soccer field.

Humes stated that he would like to help make an exceptional facility where other people would enjoy not only the field but the rest of the community. He believes that the addition of the memorial would be a great way to ensure that. Humes stated that seeing flag poles and memorials at other fields adds to the atmosphere and gives the area a sense of pride.

Humes had contacted Commission Chair Jake Mellor about funding options. From there, he approached the idea of grant funding available through the Military and Veteran’s Appreciation Trust. However, the grant application was not funded. The next step was for Humes to contact Geri Gamber about potential funding. Gamber wrote grants to the Southeastern Utah Association of Local Governments and a grant was funded.

This grant is privately funded and will help the project move along. Currently, Humes stated that there is a wait to hear back from other grants, due to there not being enough money available to complete the entire project as outlined thus far. Humes passed out a packet with information, sketches and other ideas to the commissioners. As stands, the funding reaches far enough to begin the project.

Humes requested approval from the commissioners to move forward as far as erecting flag poles at the soccer field, which Humes would complete as his Eagle Scout project. The second phase would be concrete work and monument prep. The third phase would consist of monument installation while the final phase would go toward further beautification and lighting. 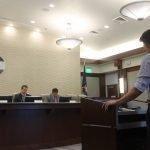 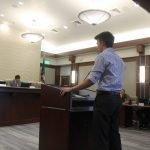