East Carbon and Sunnyside recently merged. With that merge has come serious, heated discussion about how to integrate the former Sunnyside employee benefits. Much of the discussion at Tuesday’s council meeting involved this conflict.

The main issue was that certain Sunnyside employees had been able to accrue enormous amounts of paid vacation and sick time, amounts that East Carbon may not be able to support with their budget. A legal consultant from Salt Lake City advised that the council is not obligated to honor former accrued time. Mayor Doug Parsons felt conflicted that these employees were being treated unfairly since they didn’t have a 20-year benefit package as the East Carbon employees had had and looked forward to keeping. Councilman Dave Maggio iterated repeatedly that “everyone should have an equal portion” whereas other members of the council wanted to compromise on a case by case basis.

Shawn Sackett, a reserve officer for Wellington who works there part time when not working in East Carbon, gave a valid comment on the issue. “People travel from East Carbon to Price to go to the wave pool, go to college or shop. What is there in East Carbon? Nothing except that this is a place where a handshake means something. When my promised incentives are being taken away, what is there to keep me here?”

Another item of note at the meeting was the formal resignation of the city’s fire chief Gene Madrid. In a letter to the mayor, Madrid stated that he felt he was being ignored so far as pay and building inspections were concerned. The chief was concerned that building permits were being granted, though risk of fire hazard still existed. The council was divided on this issue.

The council’s initial response was to accept Madrid’s resignation, but when it came time for a vote, it was unclear what the result was. Discussion followed. The council expressed that Madrid was a valuable asset to the city.

“There is always a reasonable solution,” Maggio stated. “He is the most certified guy around, period.”

The council moved and passed a motion to informally discuss and resolve the issues with the chief before they consider accepting his resignation. 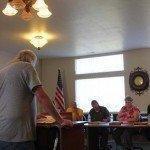 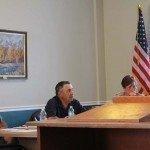 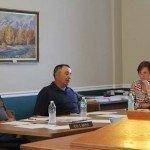 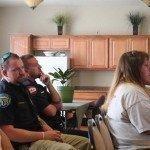