East Carbon Mayor David Avery was joined by other city officials at ECDC and Republic Services on Thursday morning to accept a sizable gift.

The gift came in the form of a grader donated to the city. Mayor Avery stated that, on behalf of East Carbon City to the friends at Republic, there was no way to say thanks enough for such a generous gift. Mayor Avery continued by saying that ECDC is a good neighbor; whether it is nuts, bolts, hydraulic hoses, cleanups or anything else needed, they always volunteer personnel and equipment.

“You’re always there to support us,” Mayor Avery said.

The mayor remarked that being a good neighbor is a two-way street and that the city is available whenever needed. He closed by expressing that they appreciate the donation and the miles of trails and dirt roads it is going to improve. 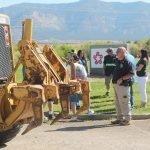 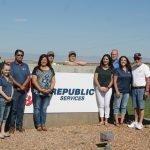 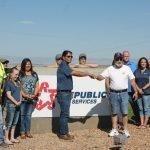 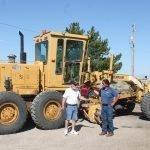 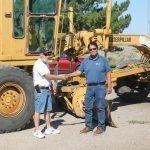 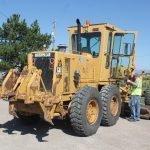 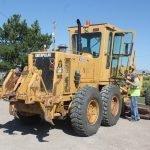 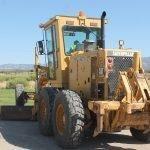 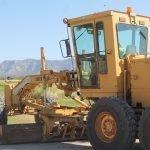