Unlike many economists, Hope Morrow comes from a rural background, growing up in central Washington and later working as an economist in eastern Idaho. Currently. she works for the Utah Department of Workforce Services as a rural economist. On April 11, she presented at the Castle Country Business Expansion and Retention general board meeting and gave a message everyone there was glad to hear.

Castle Country’s economy is improving and the future looks bright.

“One of the things that people in the metropolitan areas need to do is to look at what is being produced and done outside the cities,” she said as she began her presentation. “Castle Country is a very unique place.”

She then headed into looking at numbers that the agency has and she has compiled. The first thing she spoke about was the growth of the population in the area. The present population of Carbon County is 22,444 and Emery’s is 10,983.

“The two counties have had relatively flat population growth in the last year,” she said. “However, that is projected to change. By 2040, Carbon will have almost 28,000 people and Emery will have grown by 2,000. That will be a transitioning type of population with different industries. Having these long-term growth numbers available gives everyone a chance to do more accurate planning.”

She said that while overall Utah is unique in the United States in that it has a high level of internal growth, that is not the case in some of the rural areas of the state. The growth comes from people moving into those areas.

“The in-migration will be key to growing the communities here,” she stated.

She then moved onto employment, demonstrating that the makeup of the population is also important. She presented a graph that showed that in many areas of rural Utah, shortages of workers exist and will exist in the future because as workers retire, the following generations have inadequate numbers of people to fill all the positions that will be available. This is something that the coal mines and transportation industry are facing presently, and trades and other service areas are beginning to see.

“On top of all the cultural issues included with these transitions, you have training issues and the transference of knowledge from those who are retiring,” she said. “Some here are already beginning to see those problems in their companies.”

She said that during the turn down from 2008 to 2011, Carbon’s employment got hit very hard with job losses, while surprisingly Emery County remained fairly flat. However, once the overall economic recovery began, Castle Country as a whole started to recover and has continued in that vein. She also pointed out that while the job growth has come to the area and the population is increasing slowly, actual job participation has actually dropped.

“That means people are leaving the labor force, either to possibly retire or maybe it is that individuals became frustrated with trying to find a job and quit looking for work,” she said.

Presently, the area officially has about a four percent unemployment rate.

“That is better than many of the rural places in Utah,” she explained. But she also pointed out that some urban counties in the state have a 2.2 percent rate, which means “if you want a job, you have a job because employers are having a hard time finding people.”

She also tackled a question on underemployment, which is a big topic of conversation around Castle Country. It is generally thought by local people there are a lot of individuals in Castle Country that are doing jobs that they are not only over qualified for, but are getting paid much less because of it. Morrow said that underemployment statistics is one of the hardest areas to research because there are factors that go into finding what that is and those factors are difficult to sort out.

“First of all, people do not like admitting that they are under employed,” she explained. “Being under employed could be for a number of other reasons as well. It can be for economic or non-economic reasons. In Utah, some people are under employed because they want it that way, such as women who only want to work part time even though they may have an education, which would allow them to be employed at higher wages. Utah is very different from the rest of the country in this sense. It is just hard to calculate.”

She also presented information on job openings and which categories have the largest growth and highest turnover. In eastern Utah, the largest number of openings in 2018 came in the area of cashiers and waiters/waitresses. She said often the jobs most impacted by turnover are jobs that are hard on people socially or are lower-paying positions.

In terms of wages, while both counties were slow to recover from the 2008 recession, over the past couple of years, wage growth in the area has increased at a good rate, but is still below the state average. Wages differ statistically in what they are between the two counties in some vocations and are close to each other in parity in others. Wages are measured by which county they are earned in, not where someone who works in any specific job actually resides. So, people who cross the county borders to work from where they live are counted wage wise in the county they work in.

She said the kinds of industries that employ the most people in Castle Country are retail, healthcare and education.

“In terms of healthcare and education, they may not be the highest paying positions that people could get, but they are industries that are stable and people can bank on so consequently, they are desired jobs,” she stated.

The biggest growth industries in terms of employment since 2016 has been public administration and healthcare. Wholesale trade has seen the steepest decline in employment.

As for projections through 2026, the biggest growth industries will probably be mining, healthcare/social assistance and accommodation/food services. Morrow pointed out that these projections are largely done by pure numbers crunched by people who live in Salt Lake City. She stated that is the reason she is in the job she is in: to get a better feel for what is going on in the rural areas in a realistic way. That allows the pure numbers to be looked at differently and adjusted.

“These projections are built on 10-year models,” she said. “But, the reality is that we will see fluctuation in those numbers. Not many of the industries in this area are expected to contract. These numbers also take into account everything including population growth, political climate, industry trends, understanding the business cycle and many other things as well.”

In terms of numbers of job growth in specific industries, projections show a greater number of positions in the area in construction and extraction, food preparation/service, and transportation/materials handling.

Morrow then discussed the specific industry of power generation and projections for it based on the concept that the power plants in Emery County would stay operational through about 2030. She spoke about the different kinds of things that are being heard concerning the situation, that are being written about and that the projections for the industry are actually running in many different directions. The differences between political realities, the environmental messages that are being put out by various people and actual demand for coal affect what is being said.

“With all of this, I think Castle Country is situated presently in a very good place,” she said. “That doesn’t mean that coal is going to stick around forever, but the area is stable in that industry for five to 10 years. However, real planning should be taking place about that eventual transition and conversations that have probably been going on for 30 years should continue on how to do that.

Morrow then discussed how some towns where mining has disappeared have revitalized their economies, pointing out places like Park City and Aspen, Colorado (mining to skiing), Warren, Arizona (mining to artsy bedroom community) and Baker City, Oregon (mining to rail and a manufacturing center).

“It’s a good idea to look at these and other case studies to see what other communities have done to change their economic well being,” she stated.

She then showed graphs that demonstrated that Castle Country mining employment in the past has been trending downward overall (although the last two years have shown some increase) and that the support mine services employment numbers are actually growing in the area.

“The coal market is still based as a commodity and is affected almost completely by supply and demand,” she stated. “Over the last three years, prices for coal have remained relatively flat. However, as of late, they have gone down. But, it appears coal is a relatively safe place to be, at least for the next decade or so.” 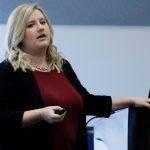 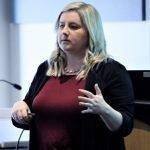