On Thursday, the Emery County Sheriff’s Office (ECSO) announced the retirement of Sgt. Mitch Vetere following over 37 years of dedicated service to the office and the citizens of Emery County, particularly those that reside in Green River.

Hired by the ECSO in September of 1983, Vetere worked for a short time in corrections before spending the rest of his years working on patrol. He was then promoted to sergeant in 1997.

“Sgt. Vetere could write a book on his experiences over the years,” the ECSO shared.

It was stated that on his first day on patrol in 1983, there was a sizable drug bust that involved around $20 million worth of drugs, which were flown into a remote, abandoned airstrip near Green River and later loaded onto a semi trailer. More of Vetere’s impressive work and experiences were shared, including a capital homicide investigation he was instrumental in.

Vetere also maintained the ECSO river boats in which he was called out for many river rescues and he was the ECSO’s key representative on the annual Friendship Cruise down the Green River. The now-famous incident in which Aron Ralston became trapped in a slot canyon and cut off his own arm to self-rescue is another highlight of Vetere’s career.

Vetere happened to be one of the rescuers onboard the Utah DPS helicopter that located Ralston. Due to being part of the rescue team, he was given a special recognition in Ralston’s book entitled “Between a Rock and a Hard Place.”

“Mitch loved helping people. His wife mentioned that he could never keep cash on him because he was always giving it away to people in need. His career defines public service,” the ECSO shared.

The ECSO continued by stating that the stories pertaining to Vetere’s career are endless and the hours that he spent away from his family are numberless. They then thanked Sgt. Vetere for his years of dedication and service and encouraged him to enjoy his retirement. 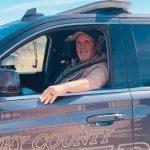 Photos courtesy of the ECSO 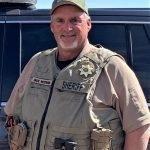 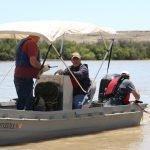