Brenda Martinez of Edgy Bling and Buds and Blooms was recently featured as an inspiring story in the Voyage Utah Magazine, highlighted for all that she has accomplished since purchasing the business.

Beginning her story, Martinez stated that she and her spouse became the owners of Buds and Blooms and Edgy Bling on July 1, 2019. Prior to the purchase, she had been working at the store to assist after school, which started as helping at a community event vendor booth with her daughter.

She then agreed to care for the store while the regular employees were on a trip and loved it there. She explained that this love created her own desire for a store called Buds and Blooms, which would have buds for the boys and blooms for the girls.

The sale came to fruition when Martinez approached the previous owner with thoughts of renting the basement for her Buds and Blooms space. The owner had let her know that she was planning to sell Edgy Bling and urged Martinez to buy it. She stated that the timing was right and everything fell into place fairly quickly.

While learning the ins and outs of the business world, Martinez worked twice as much while continuing to work in education. In December of the same year, she had exhausted herself to the point that she made the decision to let go of teaching.

Martinez spoke on the terror that came with the pandemic, both for her store and for her small town and the world itself. The frustration of wanting to welcome customers while trying to follow the guidelines and keep all safe were new to Martinez, as it was to all. She attempted to sell a number of things outside in the open and also said she was grateful for the online sales.

Though the hardships made things uncertain, Martinez stated that they successfully made it to the summer and the first anniversary of owning the store before another big change was brought upon her and her family. Her husband found out that he was being relocated to work in another area following living in Price for 30 years.

Martinez was broken-hearted to leave so much family behind, and yet she and her husband and one daughter made the journey. Martinez now works from home and her daughter in law is the capable manager of the store. Martinez is able to check on the store at any time with security cameras and stated that it is commonplace for her to discuss the day-to-day care of the store on the phone. Martinez was able to stay the owner with her family’s relocation and still be involved.

Edgy Bling features a variety of brands, such as American Fighter, Affliction, Miss Me and Kancan. Buds and Blooms is the go-to place for anything that a parent may need for their children. The businesses are located at 14 East Main Street in Price and they can be contacted via email at edgyblingshop@gmail.com or by phone at (435) 650-4468. 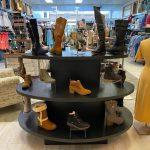 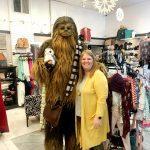 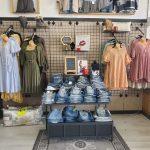 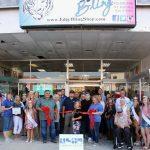 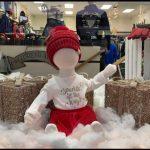 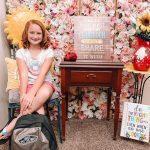