The October Carbon County Chamber of Commerce luncheon served a very specific purpose: to focus on the elected officials of the area as they provided updates.

First to speak was Helper City Mayor Lenise Peterman, who began by touching on the upcoming elections. She continued by stating that, at this time, the city is focused on phase five of the river restoration project. They will be going north and will begin work this winter. Currently, the city is looking for financing on phase six.

Mayor Peterman also stated that the buildings on Main Street continue to be purchased and actively renovated. She concluded her speech by encouraging all to vote ‘yes’ on the school bond.

Next, Carbon County Commissioner Larry Jensen presented on the 2020 budget and possible tax increase. He touched on the solar plant coming to Wellington, Intermountain Electronics’ expansion in Carbon County and SME Steel making ground in the area. Fellow Commissioner Tony Martines followed Jensen, echoing his statements and continuing by stating that there were around 20 companies that have reached out about relocating to the county just this year.

He also spoke about going in a new direction from the plants and mines. It is projected that the Pacificorp Plant in Huntington will close around 2036 with the Hunter Plant following in 2042.

Wellington City Mayor Joan Powell spoke briefly on the recent officer-involved shooting in her city, stating that she attended the debriefing and was overwhelmed by the high emotions that were in the room. She then gave kudos to local law enforcement. Mayor Powell then informed all that Wellington’s big upcoming project is the sewer line. She also touched on possible beautification projects and the wish to create an OHV trail.

Price City Council members Terry Willis and Amy Knott-Jespersen spoke on the new lighting being installed throughout the city as well as the recent swearing-in of the new fire and police chiefs. They stated that the city is gearing up for the new wayfinding signs, informing all that they plan to have them installed before spring, depending on the weather. They concluded by stating that all the roads are now striped and the first bike lanes are in place on 400 East.

The chamber thanked all elected officials that were in attendance for updating the members on all that is happening in Carbon County before closing the luncheon. 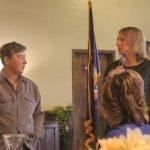 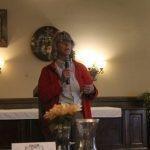 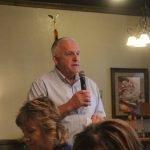 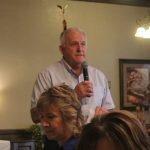 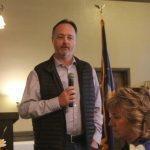 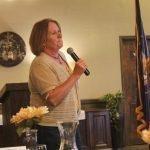 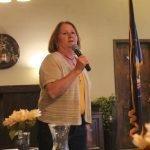 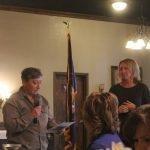 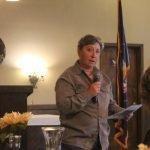 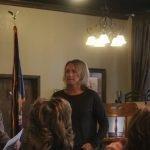