The Carbon County Elks Club felt the Christmas spirit on Monday afternoon and gave back to the community in a generous way.

With their Sub for Santa charity as well as a horseshoe tournament hosted earlier in the year, the club was able to donate to several local entities. Donations were given to the Price City Fire Department, the East Carbon City Angel Tree, E Clampus Vitus Matt Warner Chapter #1900 and the Children’s Justice Center.

The lodge itself will also donate to six families. This has been made possible through a generous monetary donation made by a former member that passed away over the summer. Members in attendance were LouAnn Larson, Loyal Knight and Chairman for Sub for Santa, Susan Perri, Lodge Secretary, Dan R. Johnson, Lodge Treasurer, Robert Richardson and Irene Everett, who are both trustees, and Darla Huffman. 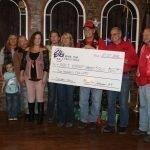 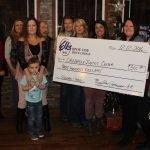 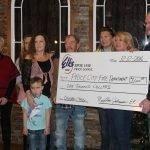