Carbon County Human Resources Director Rose Barnes made the announcement, stating that she believes all can agree on how deserving Needles is. He was credited with doing much for the county through Emergency Services and the Carbon County Sheriff’s Office.

Needles was nominated by Kay Colosimo, who stated that she nominated him because he is very resourceful and informative in all things emergency services. “If he says he’s going to do something, he goes and does it,” Colosimo said.

She continued by stating that she is unsure how he has time to do all that he does. Needles was credited as being very pleasant as well as professional in his appearance and demeanor. Colosimo believed that Needles deserved to be recognized not just for the county, but for everything he does as a whole.

Needles accepted his award and stated that he is happy to be where he is, though he believes that there are plenty of other people that deserve it.

The three county commissioners agreed that Needles is always on top of things and working hard, with each having something positive to state about him. Commissioner Larry Jensen took time to remark that Needles gives all a level of comfort, especially in these uncertain times with the COVID-19 pandemic and beyond.

“We appreciate your humble acceptance of the award, but it is deserved,” Commissioner Tony Martines concluded. 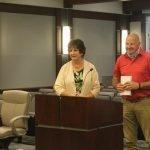 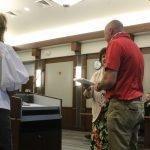 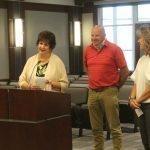 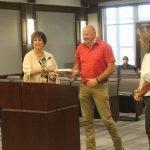