The annual UIAAA Invitational took place over the weekend with Carbon, Emery and more than 25 other schools. This race is not separated into classifications, so Carbon and Emery were up against some of the biggest and strongest teams in Utah. In addition, the varsity races consisted of 160-195 runners, which made it difficult to maneuver.

Emery was the first 3A boys’ team to finish as the Spartans took 15th overall with a score of 478. They were led by Camdon Larsen, who took 40th, followed by Jack Christiansen (97th), Dillan Larsen (104th), Merritt Meccariello (110th) and Mason Hurdsman (132nd).

The Lady Dinos were the top 3A team on the girls’ side when they took 13th. Rozlyn Stowe came in 14th place followed by Lindsie Fausett in 62nd, Ambree Jones in 89th, Beverly Lancaster in 93rd and Sophia Taylor in 95th.

Meanwhile, Emery did not have any runners in the girls race. Click here for full results.

The teams will now gear up for their next meet at Emery on Wednesday. 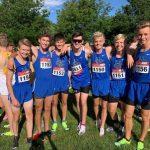 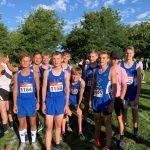 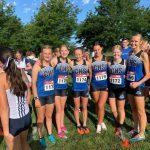 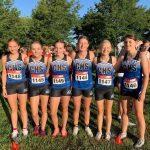