Country officials filled the Swell Conference Room with tables upon which large maps showing the lands included in the land bill were placed. There was also a commissioner and/or land council member at each table to be of assistance in reading the maps or answering questions.

The Canyon Room and Emery County Commission Chambers had guest presenters who addressed the huge crowds and answered questions. During the first hour of the room rotations, David Orr and an assistant from the SITLA (State Institutional Trust Lands Administration) office were in the chambers. They had maps prepared to show the SITLA land exchanges included in the bill. The duo also explained the importance of the revenue from those lands to the schools of Utah. While some were afraid that the bill would eliminate mining in three of the land exchanges, Orr explained that the opposite would be true if the bill passes. The revenue from the SITLA land exchanges was one of the main things gained from the compromise on the bill in December because of the increase in mineral lease money the county and schools would receive from those exchanges, Orr said. His assistant director explained how the roads to the designated minerals extraction sites would be protected.

Romel Nicholas, former assistant to Senator Orrin Hatch, spoke and took inquiries in the Swell Room. He explained how the bill got to where it is now. He related that when Bears’ Ears National Monument was created, it became very evident that the San Rafael Swell was next on the list. When the previous PLI (Public Lands Initiative) was defeated, work increased on the Emery County Lands Bill.

“It became a model lands bill for other areas because it was so well written,” he said. It also became one of the main pieces of legislation that Sen. Hatch pushed to be enacted before his retirement at the end of 2018.

Nicholas explained the mandated steps required to become a piece of legislation, many different procedures and steps, and how the office and staff worked to push it forward because of its importance to Emery Country and all of Utah and even the Western United States. He stated that a monument has never been created over a piece of legislation designating public lands. The only thing that can stop an executive order is legislation by Congress.

Following the presentations, each presenter opened the floor for questions and answers. Then, the speakers changed rooms instead of the audiences due to the large crowd. Most questions were regarding recreation opportunities being curtailed, hunting, mineral extraction, handicapped accessibility, and road or trail closures. There were also concerns about the Bureau of Land management Travel Plan not being completed if the bill passes and what effect that will have on roads on the Swell. It was explained this will take place regardless of the bills status, but roads designated now as legal roads according to the BLM, are protected in the bill.

The meeting was scheduled for two hours, but because of the number of people, it went longer. A majority of the crowd was local OHV enthusiasts, but many came from much longer distances. 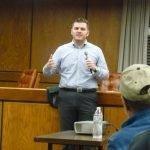 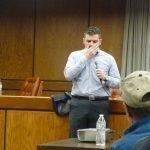 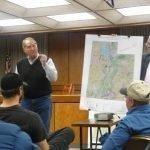 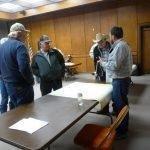 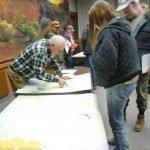 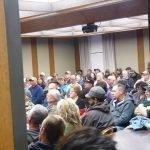