Ray Quinn, Huntington Utah American Legion Post Commander, acted as the master of ceremonies and welcomed everyone to the Veterans Day program in Castle Dale on Monday. He thanked Richard Nobbe and the Emery High School band for their music prior to the program. Jerry Livingston, Chaplain of the Huntington post, offered the invocation before the students of Castle Dale Elementary began singing.

The elementary students sang “Hope of America” as a group. Kindergarten students sang “You’re a Grand Old Flag” while each class followed with an anthem for a different branch of the service. Performances included first grade, Coast Guard; second grade, Marines; third grade, Navy; fourth grade, Air Force; and fifth grade, Army. Then, all the students gathered to sing “God Bless the USA.”

Emery County Commissioner Kent Wilson was then invited to take the microphone, remarking that it was an honor to pay tribute to veterans. He explained that the commissioners start each commission meeting with a pledge and a prayer to honor those who have paid the price for freedom. Wilson then stated that he had recently read that the 13 folds of the flag each represent a different aspect of freedom. He said that there are 461 veterans in Emery County who all bore burdens for our freedom and allow us to lead the lives that we live.

Next, Mack Huntington, Commander from the Orangeville Utah American Legion Post, addressed the crowd, speaking about the 100-year anniversary of the American Legion and thanking them for their assistance with the program. Three Emery County posts, including Huntington, Ferron and Orangeville, worked together to present the program. Huntington then paid special tribute to the Vietnam veterans, remarking that it took 43 years after his return from active duty before he heard anyone say “thank you” for his service in Vietnam.

Colonel Jones came from Syracuse, Utah to address the audience. He told about his research on the American Legion and its patriotic service to veterans and their families. He thanked them for their great service.

Following the program, veterans and their families were served a lunch at the Castle Dale Stake Center. The luncheon was prepared and served by the American Legion Auxiliaries from the three posts. 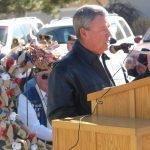 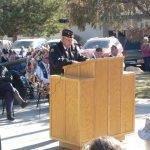 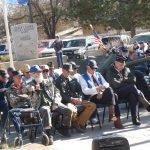 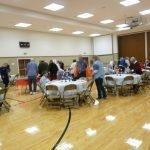 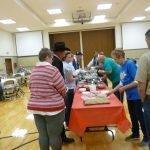 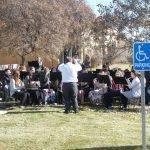 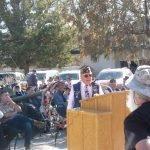 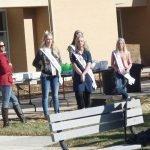 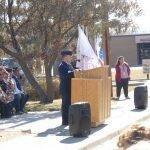 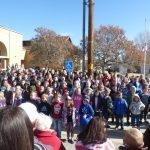 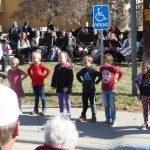 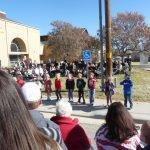 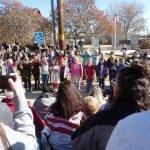 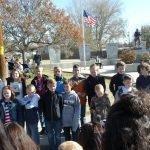 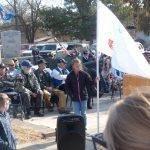