The Emery County Business Chamber recently hosted its January Lunch and Learn at the Museum of the San Rafael.

Garrett and Stacy Conover, owners of Fatty’s Restaurant, received the award for Business of the Month and provided the catering at the event as well. Emery County Commissioner Keith Brady addressed the luncheon attendees regarding shopping Emery County first and shopping local, chamber membership and new changes on the chamber’s website.

Ryan Murray, an advisor with the Small Business Development Center (SBDC), talked about becoming a chamber member and led a rural business recognition exercise to see who could name the most Emery County businesses in one minute.

Bruno discussed the status of the power plant. He stated that the power plant is financially viable and will continue to be for many decades. He said they hope to become a low emission plant and explained that they are well ahead of curve with the changes they have made by changing over to the baghouses.

A baghouse is an air pollution control device that removes particulates out of air or gas released from commercial processes or combustion for electricity generation. Unlike electrostatic precipitators, where performance may vary significantly depending on process and electrical conditions, functioning backhouses typically have a particulate collection efficiency of 99% or better.

Bruno stated that there are 218 people employed at Hunter Power Plant. The plant uses 4.5 million tons of coal per year and it takes 600 coal trucks per day to deliver coal to the facility.

The Emery County Business Chamber will host its March banquet at Miller’s Landing in Huntington. The focus will be on energy production and coal study. 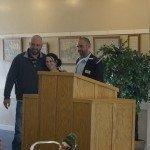 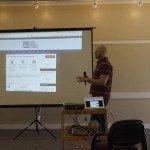 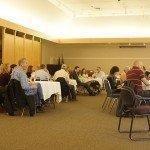 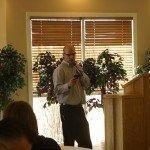 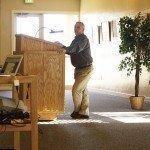