Commissioners were quick to thank workers who have dedicated many years of service to the county. Awards were presented to several employees and each commissioner expressed gratitude to them for many years of dedication to Emery County.

Emery County Public Lands Director Ray Petersen asked that commissioners approve the construction of a .31 mile road near Millsite Reservoir. According to Petersen, the Bureau of Land Management requested that the road be included in the county road system.

The proposed road will allow access to a public restroom near the reservoir.

“The road will encourage restroom use,” Petersen advised. “There is an endangered species in the area that needs to be protected. The road will help to preserve this species as well.”

A cactus in that area has been listed on the national endangered species list. Nearby OHV trails also need to be reconstructed to help protect the plant.

Commissioner JR Nelson agreed that efforts need to be made to preserve the land in question.

“People treat that area like a sand dune and drive wherever they want,” he stated. “Something needs to be done to change that.”

The BLM will be in charge of OHV trail project.

“It is a major concern for water systems,” he explained. “These mussels can clog entire systems and it is an issue that needs to be addressed.”

Efforts by the Utah Division of Wildlife Resources and other agencies are being made to prevent contamination. Zebra mussels typically are transferred to waterways by boat. Through education and decontamination stations, wildlife personnel and elected officials alike hope to prevent the spread of muscles to culinary water systems.

Commissioner Ethan Migliori reported that everything is running according to schedule in the recreation center project. If things continue to run smoothly, the new recreation building will be completed by October. Although ground has not been broken yet for the building, Migliori explained that later this year construction will begin.

Commission chairman Jeff Horrocks explained that he has been meeting with representatives from various agencies and counties to promote economic growth.

“We are looking at a way to move products from one area to another,” he stated. “We want to bring products from Uintah County to our area. The idea is to bring jobs and economic diversity to both Carbon and Emery county areas.”

Although this idea is in the early stages of development, Horrocks promised to keep county officials and community members informed of the efforts as they progress. 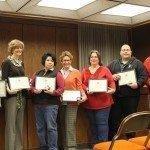 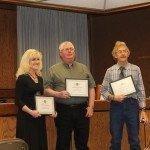 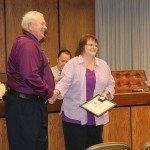 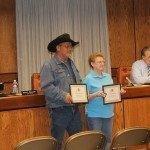 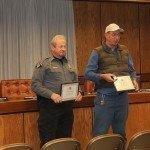 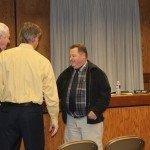