As the Emery County Commissioners meeting began on Tuesday, USU Extension Agent Christine Jensen gave the safety minute presentation, instructing on ways to get your home and car ready for the winter. The safety gift card winners for October were then announced as Samantha Johnson, Carol Cox, Keaton Cowley and Brandt Jacobson, who were recognized for their efforts to remain safe in the workplace.

Next, the tentative budgets for both the county and the Castle Valley Special Service District (CVSSD) were presented. These budgets are required by law to be presented by Nov. 1 and both budgets are available for public viewing at the respective offices. The CVSSD tentative budget was approved by its board at the last board meeting.

Janalee Luke, Emery County Sheriff’s Office, asked the commission for approval of Emery County’s application for the Building Resilient Infrastructure and Communities Grant to update the county’s pre-disaster mitigation plan. This is a reoccurring grant that has to be filed periodically. She also asked for a 60-day extension of NRCS Emergency Watershed Protection Plan Cooperative Agreement on the Trail Mountain Fire EWP. Both of these requests were approved by the commission.

A contract between the county and Ray Petersen as a public lands consultant was approved. It is a six-month position to help establish the last 30 years of public land work in the hands of the county’s new public lands director, Jim Jennings.

Discussion continued on a Local Building Authority resolution to authorize the issuance and sale of not more than $491,000 lease revenue bonds for the purpose of improvements and development of an existing building as a research laboratory. Discussion was also had to establish an Emery Mitigation Special Service District, set a public hearing and related matters. This is necessary so that the Community Impact Board loan for $491,000 can be paid with areas of revenue other than the general budget. The commission is also working on a land trade with the Bureau of Land Management for additional land at the research center.

Elected officials then reported, starting with Emery County Sheriff Greg Funk who told of three rescues this past week for the search and rescue team. He also stated that mental crises are increasing in the county.

Commissioner Kent Wilson then invited Emery School District Superintendent Jared Black to give a briefing on the purpose and procedure of the pending bond election to help inform the voters. He told of the replacement process work that has been happening for more than 10 years.

All of the buildings in question were built in the 1960s to the 1980s. In 2013, there was an assessment conducted and Emery High was deemed most critical for replacement followed by Ferron Elementary and Huntington Elementary for safety reasons as well as infrastructure.

Black said that the school district has been very responsible, has a low tax rate and has been debt free for the last 10 years. He also stated that voter information packets would have been in the mail last week but, due to mailing problems, should be received this week.

Black said they are not intending to build a showcase but trying to be responsible with taxpayer money by constructing functional buildings. More information, including architect sketches, are available at the school website, emeryschools.org.

Commissioner Wilson concluded by stating that the county will file an intervening status to make sure they have a say in the lawsuits filed by the Southern Utah Wilderness Alliance and other wilderness groups with respect to management of public lands. 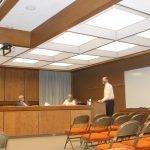 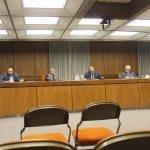 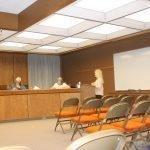 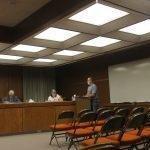 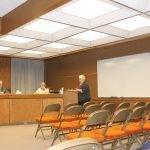