As the Emery County Commission meeting opened on Tuesday afternoon, Emery County Assessor Kris Bell gave the Safety Minute Presentation on heat exhaustion. She outlined the signs of both heat exhaustion and heat stroke as well as the difference between the two. She warned that neither should be taken lightly as the results could be devastating.

Following her presentation, the safety gift cards award names were drawn by Commissioner Lynn Sitterud. The names were Ariauna Downard, Tracy Clark, Tosha Barnett, Cory Cloward, Seth Gardner and Alisha Roberts. Commissioner Sitterud congratulated the employees for the no loss of time accidents and hopes that they can continue to give the awards.

A public hearing was then opened to receive public comments regarding the Community Impact Board grant application in the amount of $220,000. The grant would be used to obtain easements on 92 miles of Class D roads located on School and Institutional Trust Lands Administration (SITLA) owned property in Emery County. This is in preparation of the land exchange between SITLA and the Bureau of Land Management as outlined in the Dingell Act. After a few questions, both in person and virtually, the hearing was closed and the meeting returned to the regularly scheduled agenda.

Next, JD Seely requested a $4,000 donation from the commissioners to help start the Community Garden Project for the Utah Council of the Blind. He said that the funds would go to the Utah Council but would be used in Emery County. He also outlined other projects that the council oversees to help others. The commissioners granted him $750 and promised to include his request in the next budget session. Commissioner Kent Wilson also thanked Seely for his service to the citizens of Emery County.

Ratification was given to three agenda items at this time. These included a special use lease agreement between the Emery County Sheriff’s Office and SITLA for a 30-year lease on the land for a repeater, antenna and battery; a contract with John’s Low-Cost Repairs and Tree Services for tree trimming at Cleveland Library; and an Interior Board of Land Appeals appeal between Emery County the U.S. Bureau of Land Management on the closure of public roads. All three received a vote for ratification from the commissioners.

Emery County’s application to the Utah Commission on Criminal and Juvenile Justice for the State Task Force Grant was also approved. This annual grant funds the Nurturing, Opportunities, Values and Accountability (NOVA) program taught to fifth graders. Tax rates for Emery County and the Castle Valley Special Service District were then read and approved.

Following this, Main Street Grant Applications were approved for the following Emery County businesses: Pop Central, $3,300; Green River Shady Acres, $15,000; Epicenter, $5,750; Green River Coffee Company, $4,260; First Choice Inn, $12,000; Tamarisk, $20,000; and Stewart’s Marketplace, $5,297. Pasty Stoddard from the Emery County Business Chamber made the recommendations to the commissioners. She stated that other businesses applied, but their applications did not fulfill the requirements. Stoddard continued, stating that she helped these businesses after the fact and expected to get revised applications at a later date, assuming funds are still available. These funds come from American Rescue Plan (ARPA), travel money and the State of Utah and are determined through this committee.

Emery County Attorney Mike Olsen read two special use permits from Green River 1 and Green River 2 solar projects and recommended signing a letter of good standing for these two solar projects, which are joining into one. The commissioners approved signing the letter.

Approval was also given to picking up the Utah Retirement System Funds increase of 2.59% for Tier II county employees. Finally, a unique case ambulance bill will be picked up by the county as an employee acted as a first responder for his own child and was then billed. 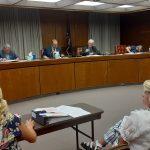 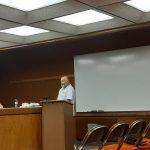 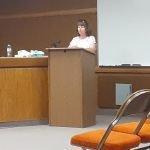 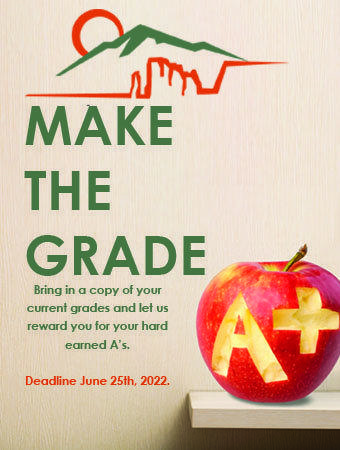