Bret Mills, Emery County Communications Specialist, retired on Jan. 31 after nearly 35 years of service to the Emery County Sheriff’s Office and the citizens of Emery County and Eastern Utah.
Bret has spent his career building and maintaining public safety communications and television transmission networks in Emery County and surrounding areas. Along with maintaining these networks, Bret was also responsible for maintaining ECSO Dispatch Center equipment, telephones, vehicle computers and two-way radio and paging systems, including EMS and fire departments.
Whenever anything went down, the solution was always, “Call Bret.”
In times of emergencies and disasters in our area, Bret has used his expertise to design and build emergency communications equipment, including communications for the Crandall Canyon Mine Disaster. His knowledge and skills have been tested as he has been tasked to design and build portable equipment for use in training and exercises in remote areas.
Bret has been a leader for the Eastern Utah Television Association, locating equipment, securing grant funding and helping to create the existing Eastern Utah Digital Television System.
Bret was responsible for communications and television sites on Horn Mtn, Cedar Mtn, Henry Mtns, Boardinghouse Ridge, and sites in Emery, Green River and Castle Dale. He also helped with maintenance in other areas of Utah, including Bruin Peak, Lake Mtn, Grizzly Ridge, Ford Ridge, Navajo Mtn, Bald Mesa and Abajo Peak.
Bret’s achievements include being a certified Communications Unit Leader (COML) and Communications Technician (COMT). He is also a leader in the Sinbad Desert Amateur Radio Club (Ham Radio).
Due to his dedication and hard work, Bret has had an amazing career with Emery County. Most people don’t know the work he quietly did behind the scenes to keep things running smoothly. We thank him for his years of service and wish him the best in his retirement and future endeavors. 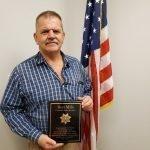 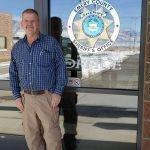 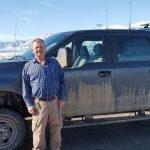