The Emery County Democratic Convention was held on April 2 at 5 p.m. at the Castle Dale City Park pavilion. It was called to order by Secretary Kim Player. The flag ceremony was led by Diane Vivian and the prayer was offered by Jaron Hansen. Talin Hansen, acting party chair, introduced the evening’s speakers.

Diane Lewis, acting state party chair and candidate for state party chair, spoke about her desire to build the party in rural areas of the state. Oscar Mata is the current vice chair and is also running for re-election. State party executive director Tom DeSivent then spoke next about the state party opening a new position, a down ballot director, to focus on lesser known elected positions (such as school boards). He stated that three regional organizers have been hired to work outside of the Wasatch Front area.

Following DeSivent was Elizabeth Wright, who is seeking to be the Utah State Representative for District #31. She wanted to spread the message to young people to be good American citizens, practice the democratic process, and learn and maintain democratic values. Independent Evan McMullin, a U.S. Senate hopeful, then listed his basic principles, including defending democracy, lowering healthcare costs, protecting air and water, and safety.

The Utah State Democratic Convention will be on Saturday, April 23 at 8 a.m. at Cottonwood High School in Salt Lake City. It will also be available virtually. 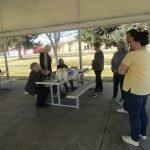 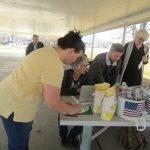 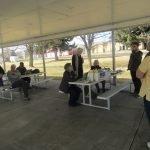