A devastating flash flood event on the surface at the Gentry Mountain Mine in Emery County took the life of one man. The mine is located in Bear Canyon, which is a side canyon in Huntington Canyon.

At approximately 10:15 p.m. on Sunday, Aug. 1 as mine crews were heading up the hill to enter the Gentry Mountain coal mine, crews witnessed a wall of water and debris coming down Bear Canyon. One man just coming off shift in a two-person mine vehicle was the first to be impacted. As the flood overtook his vehicle, he was able to reach out and grab a tree, which pulled him from the vehicle. He was unable to hold on to the tree and was then carried about 1/4 mile down the canyon. He was transported to a hospital and is expected to recover.

A second mine vehicle, carrying eight men up to the coal mine, was then hit by the flood and debris. The flood caused the vehicle to roll four times. Crews were able to kick out the windows and escape to safety.

A third mine vehicle was farther down the canyon. When they saw the wall of water and debris, they were able to reverse the vehicle and attempted to move it out of the direct path of the flood but were unable to do so. They then exited to higher ground, but water and debris swept on both sides of them. One man was swept into the water and carried downstream.

Personnel from Gentry Mountain Mine, Emery County Sheriff’s Office and Emery County Search and Rescue searched throughout the night and continued searching this morning. The body of the missing man was recovered at 11:15 this morning, approximately six miles downstream.

It should be noted that this was a surface flood event and did not impact underground personnel. 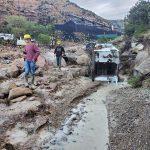 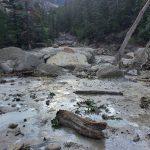 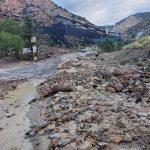 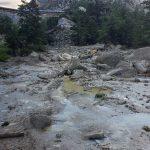 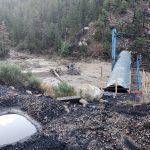 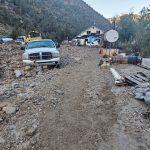 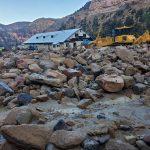 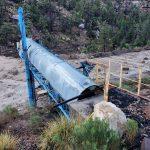 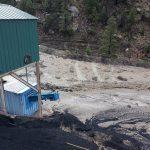 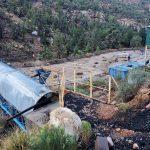 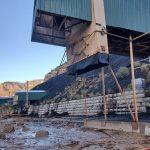 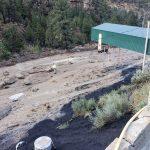