Members of the Emery County Historical recently enjoyed a day of visiting the Cleveland-Lloyd Dinosaur Quarry, which contains the densest concentration of Jurassic-aged dinosaur bones ever found. The quarry has helped paleontologists learn a great deal about the Jurassic period, yet the site presents at least as many mysteries as it helps to solve.

Mike Leschin, who is responsible for the day-to-day operations at the quarry, explained the history of the quarry to the members. He told them that in 1960, the University of Utah decided to go to the site to spend time excavating the bone-bed to develop a research collection of dinosaur bones at the university. Dr. William Lee Stokes of Cleveland was the head of the project.

The university spent the next five summers excavating thousands of bones out of the deposit. At the end of that time, Stokes thought it would be beneficial if the Bureau of Land Management (BLM) would turn the property over to them. However, it already had the property designated for a national park and nominated it as a national natural landmark in 1965. It was accepted in 1966.

The BLM issues permits to qualified researchers. Currently, University of Wisconsin Oshkosh faculty member and paleontologist Dr. Joseph Peterson has an excavation permit. For approximately three years, Dr. Peterson and his team will visit the site in the summer for about two weeks to excavate. Anything that the University excavates will be accessioned to the National History Museum of Utah, which will then be loaned to the University of Wisconsin Oshkosh.

The Emery County Historical Society members completed their outing with Glen and Karen Jensen telling them the amazing history of the cattle trail known as The Jump . Hazel McMullin topped off the day reading a poem titled “Cowboying in Humbug.” 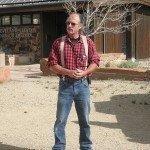 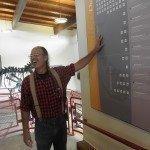 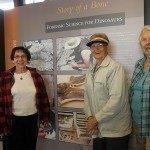 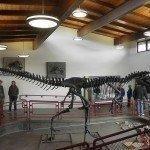 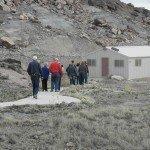 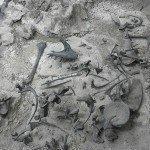 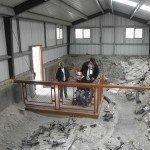 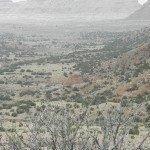 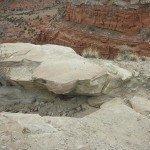 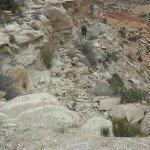 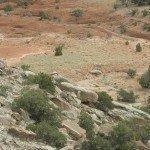 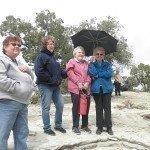 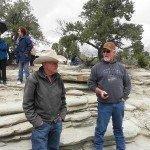