The evening opened with a video of Red Skelton’s Pledge of Allegiance and continued with several videos depicting wars over the years and the effect they have had on the country and service men.

A “table of honor” was displayed with photographs of veterans for members to view. The Ferron American Legion Auxiliary #42 had a table as well that displayed letters, photographs, flags and several additional items that the auxiliary has received as gifts from soldiers. The gifts were from soldiers who have received care packages from the auxiliary over the past ten years as part of its “Operation Home Support”.

Chairman Jan Hess of the Ferron American Legion Auxiliary #42 stated that “Operation Home Support” began in 2004 and serves soldiers who are sent into the combat zone. The soldier does not have to live in Emery County to receive the care packages but a family member does. “As long as they are serving, they will be sent a box of supplies,” Hess said.

Around Christmas time, some of the items Included in the care package is a blanket, a knit or crochet hat and a few goodies that are geared towards the holiday. The auxiliary will continue to provide “Operation Home Support” as long as there is a need and they have the money to continue.

At the end of the program, the members were told a few stories of the history of local veterans.

Next month, the Emery County Historical Society will hold its annual “Antique Show and Tell” on Dec. 11 at 6:30 p.m. at The Museum of the San Rafael. 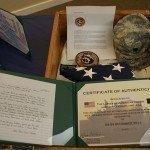 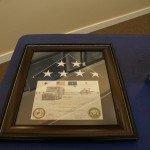 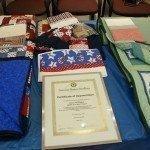 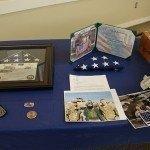 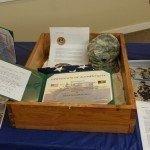 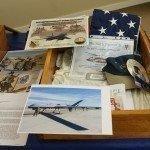 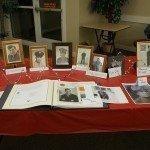 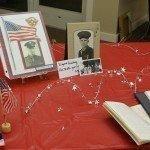 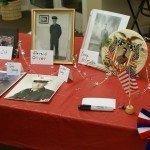