The Emery County Historical Society met on Jan. 28 to hold elections for new officers as well as to take part in its third annual antique roadshow.

After a musical number on the harmonica, society members were given the chance to recommend members they felt would serve the society well in the next two-year term.

LoriAnn Larsen was voted in as the new president and Berniece Payne as president elect. The society’s new secretary will be Laurel Killpack and Joyce Staley will serve the society as secretary.

After the elections and a few words from Larsen, Edward Geary acted as emcee for the society’s antique roadshow. Members were invited to bring and display several antiques whether they were family heirlooms or purchased from estate and yard sales.

“The first antique we’ll talk about is the one you’re sitting in,” Geary stated in regards to Miller’s Landing in Huntington, the venue of Friday’s meeting.

“This is an excellent example of early 20th century commercial architecture,” Geary explained in regards to the building’s large front windows, ribbon windows on the second floor and stamped sheet metal ceiling.

Members were then given the chance to speak about their own antiques, which were displayed for the group to see. One member brought an antique telephone, candleholder and even an unopened bottle of Fischer Beer, among others, to share and display.

Another member boasted an 1897 edition of a book entitled, “A Physician in The House.” The book covered a variety of health-related topics including sleep, worry, various symptoms, temperaments and even a portion devoted to what causes diseases. 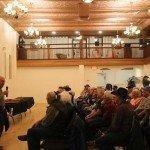 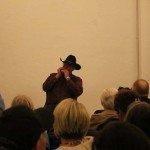 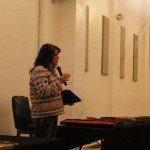 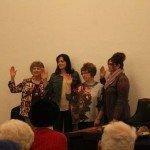 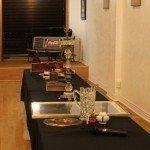 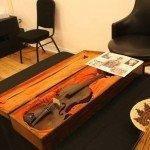 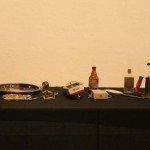 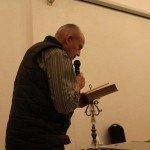 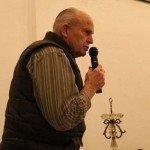 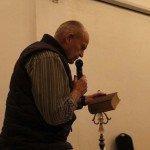 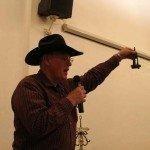 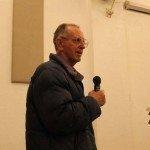 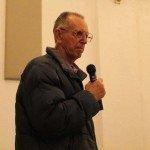 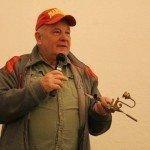 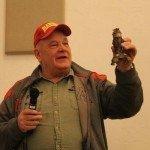 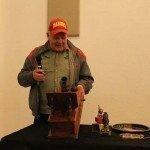 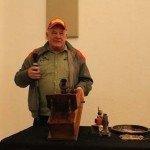 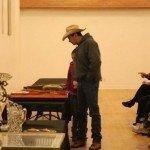