The Emery County Historical Society met for its monthly meeting Thursday evening at the County Administration Building on Main Street in Castle Dale.

Following a special musical number entitled “C.C.C.” performed by Cheyenne and Stanton Bingham, the guest speaker was Dr. Edward Geary. He reported to the group about the influence of the Civilian Conservation Corp (CCC) in Emery County. The CCC was created by President Franklin D. Roosevelt during the time of the worst depression of the country, 1933. The mission of the CCC was two-fold. First, to provide much needed financial relief, and second, to help implement conservation projects.

There were two main camps, one in Ferron and one in Castle Dale. The Ferron camp was mainly men from Utah with about 25% of them local county residents. Cultural differences there were slight. Men working in the Castle Dale Camp were from east of the Mississippi River; this made an enormous difference in their backgrounds. Some conflicts have been recorded between the residents of both camps and communities.

Some of the main contributions of the CCC in Emery County came in the form of outlying roads such as Skyline Drive, Green River Cutoff Road, Buckhorn Draw and the most famous, the Swinging Bridge across the San Rafael River.

The CCC was also very helpful in developing springs and ponds for grazing on the desert, planting ponderosa pines in the Joe’s Valley area and flood control work with the Forest Service. Probably the biggest contribution at that time was the wages local men received. The men were paid $30 a month, $1 per day, or $25 a month if they sent it home to their families and each man kept $5. This was more money than most of them had ever made considering the financial situation of the 1930s.

The CCC was discontinued in 1942, but many monuments remain in the area today from its work. 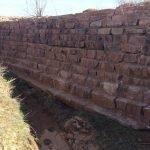 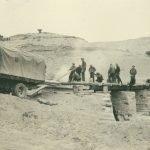 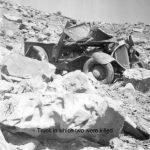 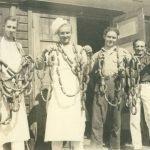 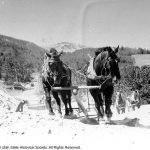 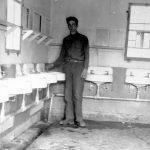 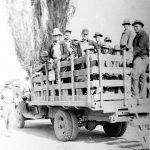 Traveling to the job site 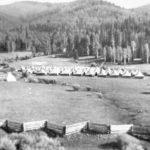 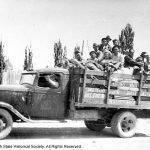 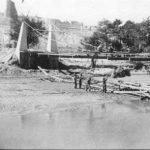 Construction of the Swinging Bridge 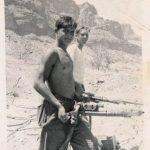 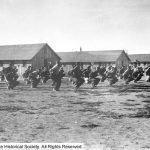 Morning calisthenics at the Ferron camp