Following the welcome, prayer and pledge, Emery County Attorney Mike Olsen was asked to speak to the audience even though he is running unopposed. Attorney Olsen thanked community members for their support and confidence in him. He also pledged to do his very best in the interest of the public in Emery County.

Each candidate was given two minutes to speak and then a one-minute response, if desired. The debate began with candidates for Commissioner A answering questions presented to them by the moderators. The questions were directed toward the economy, public service records, tourism, Emery County’s public land bill, water resources and infrastructure, and county employees. The questions were the same for candidates for Commissioner B with the exception of adding a question about whether the commissioner position should be full time or not.

Shaun Bell was the only candidate for sheriff present, so he was given 20 minutes to respond to the questions directed to office of county sheriff. Questions revolved around attracting the best officers, trust within the community, school safety, drug abuse and mental health issues, and the Justice Reinvestment Initiative (JRI).

For House District 67, the only candidate present was Hansen who spoke to the group about food, fuel and income taxes, critical race theory, education, the state’s water policies and priorities, and state mandates.

As Representative John Curtis was out of the country and not available, candidate Chris Herod was also given the full time to discuss his platform and feelings about federal land issues, affordable housing, fossil fuel energy and transgender athletes in school sports.

Phil Lyman, House District 69, is running unopposed but took the time to address debate attendees, stating his views about the issues presented by the former candidates. He was thanked by the committee for making the drive from San Juan County to be in attendance.

Pizza and salad was served to around 100 guests throughout the evening. A full video of the debate can be viewed here. 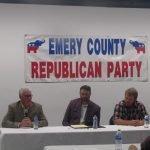 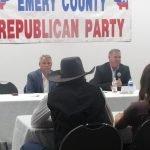 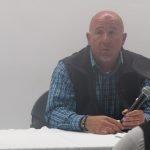 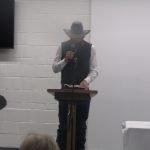 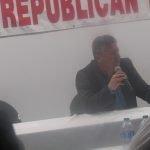 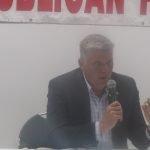