Concerned residents of Emery County and the surrounding area gathered at HuntingtonВ ElementaryВ Saturday evening to meet with fire and local officials on the progress and conditions of the Seeley Mountain Fire.

Officials were direct and informative in their respective addresses.

Ferron District Ranger Darren Olsen started out the evening updating those in attendance with information on how the fire started and where it is at this time.

“It’s a hard one to get the upper hand on,вЂќ he said. He further stated that is precisely why they called the Type 2 team in from Eastern Arizona.

The man leading the Eastern Arizona Management Team, Cheto Olasis, followed Olsen and asked that the community have patience because they had just taken over command two days ago.

He estimated that the fire had increased by 2,000 plus acres today in the Hiawatha area alone. He also said additional assets have arrived to aid in the suppression of the fire but because there are seven major fires in Utah it’s hard to compete for resources.

“Humans cannot conquer and beat Mother Nature but we are doing our best to manage this fire and put it out as quickly as we can,” Olasis said.

Emery County Commissioners Jeff Horrocks and James Nelson then had their turns with the microphone.

Nelson relayed his sentiments about the fire and thanked those who are so tirelessly trying to extinguish it.

вЂњI am as brokenhearted as you are about the fire so rehabilitation will start immediately,” he said.

Other notes from the meeting:

The meeting then ended with a slideshow of pictures from the Emery County Sheriff’s Office and questions from the audience.

A similar meeting will be held Tuesday evening at 6 p.m. in the Spartan Center in Castle Dale. For information call 435-687-3030. 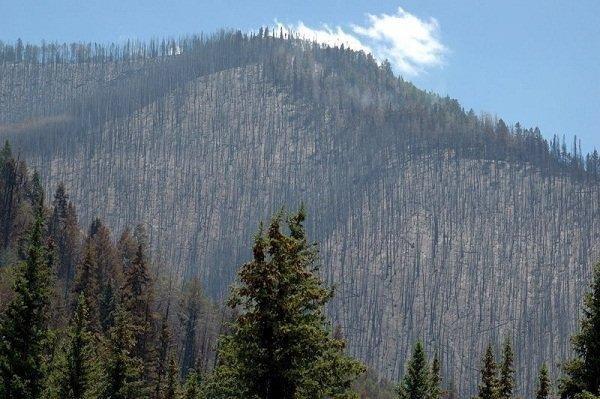