Emery School Board President Laurel Johansen was honored by the board for more than 20 years of service on Wednesday evening.

Principal Doug Mecham and several students from San Rafael Middle School presented letters of appreciation and congratulations to Johansen at the board’s November meeting. Superintendent Larry Davis also presented her with a retiring clock from the district. Johansen thanked all the members of the board and district for their support and efforts. Many family members and the audience joined with the board in giving her a standing ovation for her dedicated service.

Johansen vacated her position as president as she and her husband Scott have been called to serve for 18 months in the Bismarck, North Dakota mission.

The process then began to find a new member to fill the vacancy on the board. Nine candidates applied and they drew numbers of order for the interviews. The candidates were Todd Huntington, Mary Kava, Chris Justice, Randy Johnson, Natalie Collard, Danny Van Wagoner, Jessy Johansen, Tiffany Jeffs and Tab Weihing.

The four remaining board members each had one question for the hopefuls. President Johansen excused herself from the selection and voting process. Following a secret ballot vote, Jessy Johansen was chosen as the new board member and will be sworn in at the December board meeting.

Davis also announced a change in the presentation of Academic All-State awards. These will no longer take place at the state tournaments of each event but will be awarded at the various high schools. Also, the number will be extended to all those who are eligible and not be limited to 10. The board decided to also give their recognition at the various schools instead of the usual board meeting presentations.

A South Eastern Service Center Legislative luncheon for board members will be on Monday, Nov. 19 at 12 p.m. at the Carbon School District office. This luncheon will give board members an opportunity to visit with legislative members representing this area, including Christine Watkins, David Hinkins and Carl Albrecht. He also reported that 11 school administrators and district personnel attended the Solutions Tree PLC Conference in Salt Lake City and all felt their time well spent. The next District Juvenile Justice Committee meeting is scheduled for Monday, Nov. 19, at 3:30 p.m. in the Emery School District office. 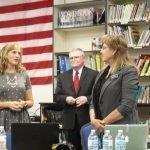 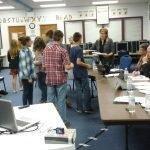 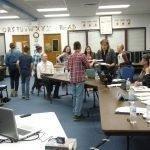 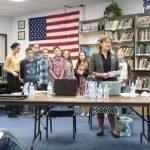 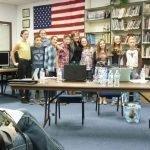