Emery County Sheriff’s Office is asking for information from the public that might help in locating a missing person whose vehicle was found in the Justesen Flats/Copper Globe area of the San Rafael Desert in Emery County.

The missing person is 53-year-old Reynaldo Andico of California. The last time he had any contact with family members was October 13, 2017, at which time he told his family he was in the mountains of Utah. He was driving a red Toyota Yaris subcompact car and had three small dogs with him.

An Emery County resident noticed the vehicle in the Justesen Flats area while scouting for deer in mid-October. ECSO ran the plate at that time, but there were no alerts attached to the vehicle or owner, so it was assumed the vehicle belonged to someone hiking in this popular area. Reynaldo’s family had never reported him missing, so he was not listed as a missing person on NCIC.

On Dec. 18, the BLM contacted ECSO and notified them that a caller had reported an abandoned vehicle in the Justesen Flats area. At that time, ECSO personnel responded, processed the vehicle and did a preliminary search of the area. Reynaldo’s personal belongings as well as dog food and bowls were still in the vehicle. Reynaldo’s family was notified. The family stated that Reynaldo did not have any outdoor survival skills or experience. The family is now in the process of having Reynaldo listed as a missing person.

An organized search of the area will be held this Saturday. ECSO is asking for any information from people who were in the area in October/November who might have seen Reynaldo or the three small dogs. Any information obtained could help narrow down the search area. 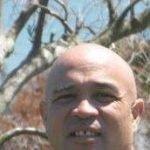 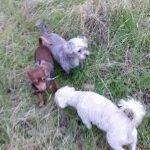 Three dogs that were known to be traveling with Reynaldo Andico