The Emery County Sheriff’s Office (ECSO) and Emergency Management found themselves quite busy June 3-6 as they completed a multi-day, full-scale exercise that was hosted near the city of Green River.

Under the direction of captain Kyle Ekker, those that participated in the exercise were joined by multiple agencies from surrounding counties as well as all throughout the state of Utah. For the first day, there was instruction of the railcar hazardous materials response that was presented by Union Pacific Railroad HAZMAT. Day two found the participants, mostly first responders, at a Chemical Suicide Briefing that was presented by the UTARNG 85th Weapons of Mass Destruction Civil Support Team.

Following this, the Central Utah Water Conservancy District gave an overview of a recent butane tanker spill that ran into Deer Creek Reservoir. The Utah Department of Public Safety provided a helicopter and the Utah State Parks supplied boats for assistance in an exercise that had personnel retrieving hazardous material barrels from the Green River.

On day three of the training, there was technical rope rescue in a canyon that was 25 miles downstream. Utah DPS once again had a helicopter that conducted skid loads and Black Hawk Helicopter hoists for military personnel were also used.

“Temperatures of 90+ degrees on the slick rock, unforgiving terrain and a lot of moving parts made for a challenging exercise environment, but the exercise was a huge success. Thank you to all who participated,” the ECSO shared. 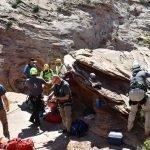 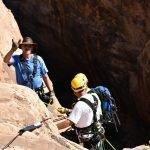 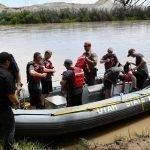 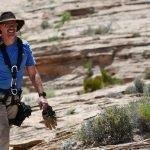 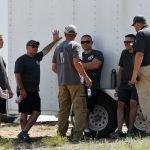 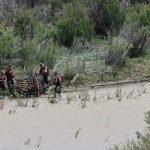 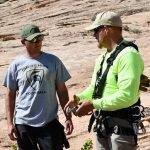 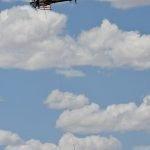 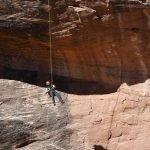 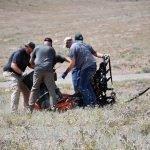 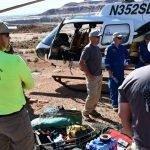 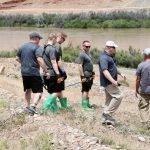 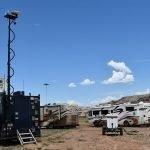 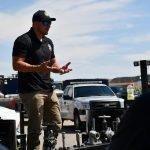 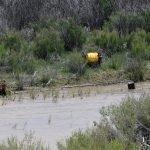 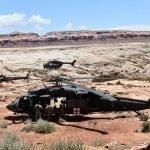 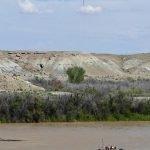 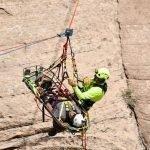