The Emery High girl’s golf team won its third straight Region 15 championship on Wednesday afternoon in Richfield. The Spartans were rock-solid all year long, winning the region championship by over 200 strokes.

Emery came out with a total score of 907. Second was Grand with 693, San Juan 448 and Manti finished with 409. Emery’s team swept the metal honors for the entire region. Taking first in the region, Emery has been led by its #1 golfer Sydnee Guymon the entire season. According to coach Tom Hansen, Sydney’s play went unchallenged through this entire season; she was consistently far and away in first place. She is a very talented golfer and the rock that forms a solid foundation for the entire team.

Second place in the region went to Taijah Price, who is also from Emery. Coach Hansen stated that she dominated the competition with her dangerous play throughout the season. Third place in region was Sarah Swasey. Her play has been much improved from last season, she is the anchor of the middle of the team, stated coach Hansen.

Emery High’s golf team had four of the top five golfers in the region with Lainee Jensen placing fifth. She is playing golf for the first time this season and has greatly improved from the first of the year. Sydney Timothy also received all-region honors by placing ninth. Also qualifying for state was Erin Oliverson. Sydney, Erin, along with Alyssa Garrett were key team members in helping Emery secure the region championship. Garrett is a senior this year and is going to be greatly missed by the team.

“I am very proud of this team and feel they have an excellent chance to compete for a state championship next Thursday at soldier Hollow,” coach Hansen said. “I would like to thank all the sponsors of the girls golf team and especially the parents who support the team so well.”

Emery Girl’s golf next plays in the state tournament on Thursday at Soldier Hollow in Midway. 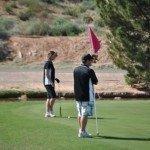 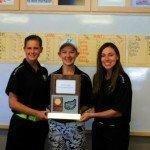 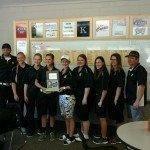 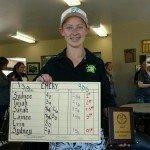