The Emery Lady Spartans won five of six games over the weekend during the March Warm-Up Classic in St. George. After winning its first five games in convincing fashion, Emery was tripped up by Pine View in the championship game on Saturday.

The Lady Spartans scored 80 runs in the six games, including a 17-1 win over Park City, in which Bailey Huggard and Madison McCandless combined to throw a no-hitter.

In Friday’s first game, Huggard and McCandless, who struck out a combined four batters in three innings of work, shut down the Park City Miners. The Lady Spartans scored 11 runs in the third to end the game early. Ambree Bennett and Jayla Weston each hit home runs in the game. Weston was 3-3 in the game with two singles and the homer to go along with three RBIs. Bennett went 2-4 with a single and home run. Addy Healy and Larissa Thompson also had two hits apiece in the game.

In game two, Eldorado High from Las Vegas was no match for Emery, ending in a 12-4 win for the Spartans. Emery had 18 hits in the game, four of which came off the bat of Adri Childs, who went 4-4 with two singles and two doubles. Weston had a three-run double and Carlie Robinson hit a home run to go along with a single. Bennet and Madisyn Alton had three hits apiece as well. Braileigh Clark went 3 1/3 innings for the win. She struck out four batters while walking six.

Bonanza High School out of Vegas was next for Emery. Another 18-hit game by the Spartans resulted in the 16-6, five-inning game. Eight players notched at least two hits in the game, led by Bennett who went 3-4 with two singles and a double. Regan Rasmussen had a single and a double with four RBIs, which led the team. Huggard went 3 2/3 innings in the circle for the win. Emery scored 10 runs in the third to jump out to the huge lead before coasting to the victory.

After a much-needed break, the Lady Spartans were back at it on Saturday, this time against North Summit. Another dominant pitching performance from Huggard and 18 runs by Emery ended the game after just four innings, 18-3. Healy and Huggard both had three RBIs in the game, with matching triples and singles. Megan Dawes also legged out a triple in the game to go along with two walks. Alton, Healy, Bennett, Huggard and Robinson all had two hits in the game.

With a win over Kanab, Emery would play for the championship on Saturday evening. Huggard again took the mound, and after giving up all three of Kanab’s runs in the first two innings, settled down to help the Lady Spartans to the 13-3 win. Weston hit her second home run of the tournament, ending the game with a team-high five RBIs to go along with a single and a double. She was just a triple shy of the cycle. Huggard and Healy again had multiple hits, matching each other again with a double and a single apiece. Emery scored 11 of the 13 runs in the first and second innings combined.

Having tallied 74 hits through five games, Emery’s bats were tamed a bit in the championship game versus Pine View. In the 11-4 loss, Emery managed nine hits in the game, three of which came off the bat of Donaldson, but seven errors doomed the Lady Spartans, leading to four unearned runs for the Panthers. Emery was held to zero extra-base hits in the game. 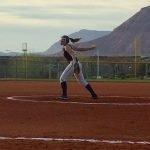 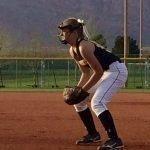 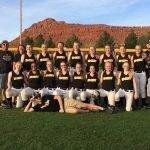 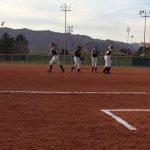 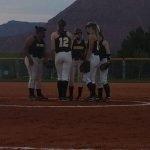