The Emery High School (EHS) and hosted its annual banquet, this year in the form of a fiesta that was complete with sombreros and Cafe Rio salads on Wednesday.

This year, 25 EHS band students lettered under the direction of Richard Nobbe. An impressive 43 students also competed at the State Large Group Band Festival on May 4 in Draper.

The band students were tasked with voting for fellow classmates that have shown exemplary work this year. For the freshman class, Sam Neff and Amberia Migliori were named the winners. Aidan Mortensen and Dani Jo Thatcher were chosen for the sophomores while Maya Funk and Madison Thomas were the junior winners.

For the senior class, the named winners were Kaydee Deto, Carson Donaldson, Cory Eden and Abigail Olsen. Deto also received the John Phillip Susa Award while Jordyn Fillmore was named the recipient of the Outstanding Student Award. Donaldson is the retiring band senator for the 2018-19 year, replaced by upcoming band senator Mya Funk. 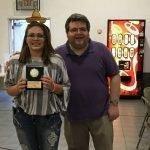 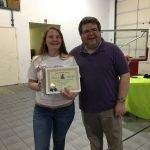 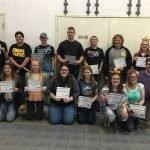 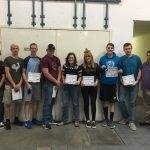 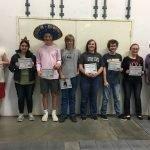