In the closing concert of the 2018-19 Emery High School year, both the concert and chamber choirs performed on Tuesday evening.

The concert choir opened the program with a variety of numbers followed by the combined choirs. During these performances, Brooklynn Potter, Brine Urie and Jesse Braun accompanied the choir. Four numbers, each in a different language, including African, Portuguese, Italian and Hebrew, displayed the talent of the students in the combined choir.

Two soloists then favored the crowd with their solo and ensemble winning  performances. Both Katy Deto and Jesse Braun received superior ratings at the region and state competitions. The chamber choir then sang the final number for the evening.

The accompanist for the choirs was Marilee Cox. To conclude, Mr. Bird paid tribute to the seniors and especially to Potter, who has been under his instruction for six years. 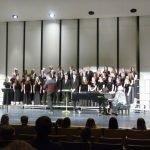 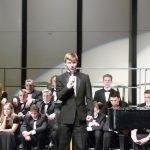 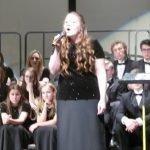 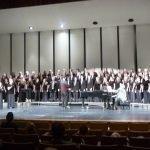 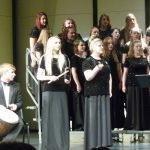 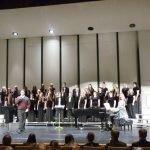