As a culmination of the year, the Emery High drama department presented “Night of Stars” on Monday evening. The department also presented their contest one-act play. The play, “Gossip” by Brian Hampton, was student-directed by Faryn Hulse while the cast consisted of Carley Young, Kyler Minchey, Marko Ilijic, Aubrey Guymon, Sophia Gardner, Miranda Patillo and a group of students as a teen ensemble. It was a dramatic presentation with a warning of what can happen as a result of gossip.

Following this production, several competition scenes were presented to the audience in the Little Theatre at the Spartan Center of Emery High. A humorous scene, “Deliver Us Not,” was enacted by Micah Hughes, Kage VanWagoner and Garrison Staples. Emily Pace then sang “No Good Deed” from the musical “Wicked.”

Lillyth Belknap next presented a dramatic monologue “Nice Boy.” Danika Farley gave a humorous monologue written by Neal Peacock, as was the monologue by Garek Bennet. A classical scene from “Cyrano” was presented by Kyle Willis, Hayden Christiansen and Treven Gilbert. Faryn Hulse then sang “Someday” from “The Wedding Singer.” An original pantomime “Homerun” was presented by Deri Thatcher, Kage Van Wagoner and Garrison Staples.

Kyler Minchey sang “Evermore” from “Beauty and the Beast.” A scene entitled “Cavegirl Teaches Evolution” was presented by Danika Farley and Angelina Taylor while the final production was a musical number sang by Allee Sitterud, “Requiem.”

Other presentations will be added as the multi-night event continues on Tuesday and Wednesday, May 3 and 4. 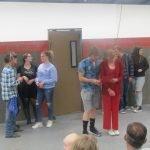 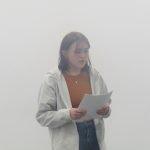 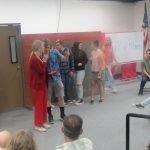 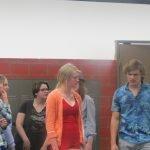 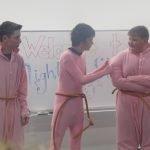 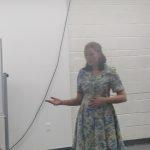 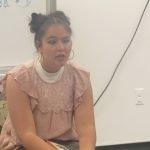 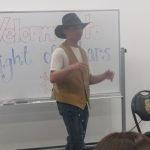 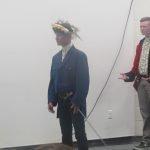 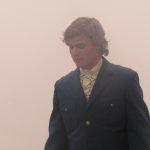 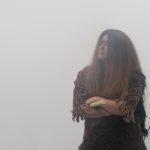