The Emery High rodeo team traveled to Salina to compete over the weekend. The team had a great showing with four members qualifying for the state rodeo and many earning points for the team.
On Friday, Louie Ivie and Stefan Ramone won the team roping contest while Hayden and Hadley Cloward finished in third, Hanna Nielsen and her partner earned seventh, and Jed Kofford and Makayla Jensen finished ninth.
Brooklin Ewell picked up a qualification in poles while McKoy Christiansen placed in the cutting. Riata Christiansen gathered points in the queen contest.
On Saturday, McKoy placed in cutting and Christiansen earned seventh in poles. The Spartan’s T-N-T team finished in sixth.
State standings in roping placed Ivie and Ramone in second, Hayden and Hadley in third, and Ty Gordon and Taylor Wilstead in sixth. Hadley also sits in fifth place for tie-down. Currently, 15 Spartans are qualified for state finals in June.
The Emery High rodeo team will now take a break before returning to the arena in November for the Dixie 6 Series to finish the fall season. 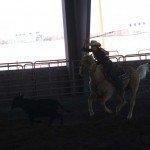 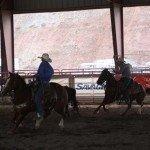 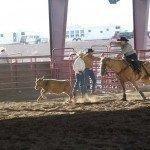 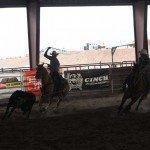 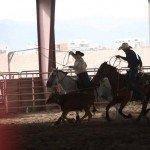 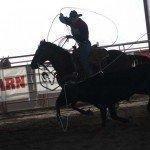 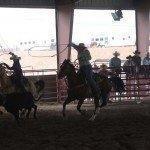 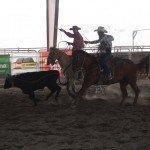