The Emery High theater department presented a musical production of Disney’s “Newsies Jr”. on Nov. 17, 18 and 21. The production is based on the 2012 Broadway production of “Newsies.”

The show was directed by Katherine DeBry and student director Danika Farley. With a cast of over 40 students and 15 scenes, the story of a newsboys’ strike in New York in 1899 is explored through song, directed by Megan Durrant, with dance choreographed by Madilyn Simmons.

When the newsboys find out that the New York World newspaper is raising its prices, they are afraid that they would not be able to sell papers, which is their only means of survival. An informal leader, Jack Kelly, played by Karson Anderson, and his sidekick Crutchie, played by Kaden Guymon, organize a union and protest.

A reporter, Katherine, played by Danika Farley, tells the rest of New York and their cause is strengthened. Pulitzer, played by Tyler Frandsen, then publishes a new paper. The many newsboys learn that if they are organized, they can fight for what is right. 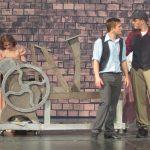 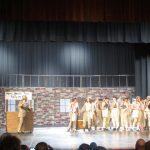 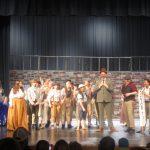 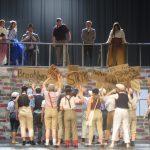 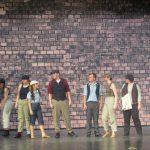